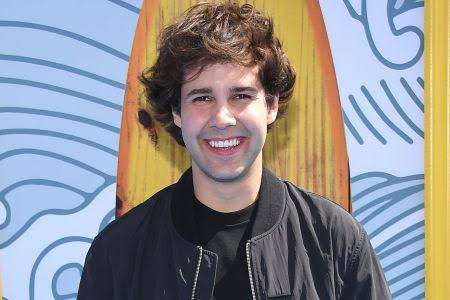 David Julian Dobrik is a YouTuber, podcaster, and co-founder of the app Dispo based in the United States. He found early success on the video-sharing platform Vine, before starting his vlog on his YouTube channel in 2015. He now maintains two YouTube channels that have a combined 27 million subscribers

He also owns Ferrari 458 Spider the first car ever to combine a mid-rear engine with a retractable folding hard top that delivers both unprecedented in-cabin comfort when closed and unparalleled Spider performance. Under the hood this car has 5.0 litre V8 engine can take to the top speed of 320 km/h. The cost of the car is about $270,000.

He also offered 1976 Ford Bronco to his friend and sister. The Ford Bronco was like an ATV by Ford and the first of its kind designed to go just about anywhere. This classic SUV has an approximate cost of $85,000.

YouTuber David Dobrik also offered Lamborghini Huracan Spyder to his friend too. This Lamborghini Huracan has a price tag of $250,000. This supercar offer’s incredible performance and has V10 powered sounds that reveal supercar status, not punishing during normal use. A naturally aspirated 5.2-liter V-10 is nestled behind the Huracán’s cabin, and it exudes a devilish sound whenever it revs towards its 8500-rpm redline.

This car has a price tag of $35,000 YouTuber gifted this car to the sisters.

He also offered Ford Mustang Convertible to Random person. The price of the Mustang is $30,000.