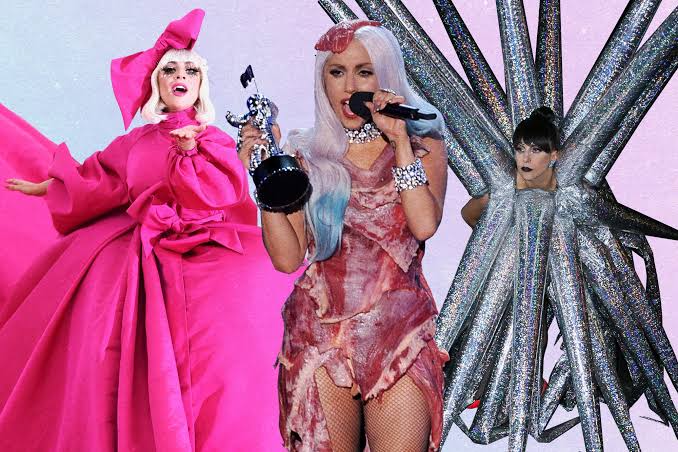 Stefani Joanne Angelina Germanotta; professionally known as Lady Gaga is an American Singer, Songwriter and actress. She started performing by singing at open mic nights and acting in school plays. She gained recognition with her debut studio album, ‘The Fame’. Her singles ‘Just Dance’ and ‘Poker Face’ were the chart-toppers.

Lady Gaga’s achievements include 12 Grammy Awards, several Guinness World Records and others. She is also the founder of the ‘Born This Way Foundation’. Being one of the bestselling music artists of all time, she can afford whatever she likes. But particularly she has a fondness towards cars. Her car collection is filled mostly with classic cars but some modern examples are also present. So let’s have a look:-

This 1965 Beauty owned by Gaga is one of the best in her classic car collection. The main standout feature of this car is its Suicide Doors. Gaga has also put on some wire-spoke wheels on it and its burgundy interior with drop-top makes it one of the most elegant cars she drives. It often attracts paparazzi cameras when the top comes down, but we’re talking about Lady Gaga, right? When she pushes the 7.0-litre V8 engine to its max limit, it’ll be hard for them to keep up!

Lady Gaga likes to cruise around Malibu in her resto-mod Ford Bronco. It was used in her video for the hit single, ‘Perfect Illusion’. Even though the new version of Bronco is released, this classic is still in demand. Named after a wild horse, this car is powered by a 4.9-litre small-block V8 engine that generates up to 200 horsepower as stock. Being a resto-mod, Gaga’s truck must be modified. It is a perfect vehicle for her to go cruisin’ in the desert.

Ford Mustang is the car that everyone loves and the one which has its own category i.e. ‘Pony Car’. It is one of the prized possessions of Lady Gaga. A 6.4 litre V8 engine powers the car, generating 335 horsepower. She drove this car to the launch of her fifth studio album, Joanne.

Read More: Car Collection Of Will Smith | Will Smith Cars From Ghost to 65 Mustang

The blue-coloured Chevrolet Nova SS is a great American muscle car from Lady Gaga’s garage. The ‘SS‘ badging means that it is the ‘Super Sport’ variant of the Nova, which means better performance figures. Its 5.7-litre V8 engine churns out 300 horsepower as standard. It is the first Nova SS model with front disc brakes. This is a perfect fit for her because of the nature of her unusual and visually provocative work.

Lady Gaga also owns the Sports/Performance version of the 1993 Ford F150, the lightning. The ‘SVT‘ in its name stands for Ford’s ‘Special Vehicle Team’, the designers of this model. It gets power from a 5.8-litre V8 engine that produces 240 horsepower and 461 Nm of torque. Gaga was also pulled over for this ride once due to some issue. Or maybe, he also wanted to appreciate this beautiful truck with a beautiful singer driving it…

It is one thing to have blazing fast speed and having a relaxing drive in a luxury vehicle is other. But the Rolls-Royce Phantom merges both to make it one of the fastest luxury vehicles produced. Gaga owns two of them, because why not? One is white with a tan leather interior and black wheels as seen above. Whereas the other one is black and with almost-stock looks. The car was produced from 2003-2017. It gets power from a 6.75-litre V12 petrol engine that generates 454 horsepower and 720 Nm of torque. The car can accelerate from 0-100 kmph in 5.9 seconds. Pretty quick for a car having ultimate level luxury!

This classic 1970 Chevrolet El Camino pickup is increasing the beauty of Lady Gaga’s classic car collection. She drives this car in her album ‘Joanne’ in which she rides the car in style. The Singer has done resto-modding with bigger wheels, matte-black paint job plus the elimination of Chevy badge and door handles.

An absolute classic in the luxury car world, the Mercedes-Benz W123 is another famous car of Lady Gaga. This car is also coloured baby blue like her Nova SS. It is powered by a 3.0-litre turbocharged diesel engine that makes 125 horsepower and 245 Nm of torque. Gaga was spotted multiple times driving the car while she was rising to fame. Nowadays though, she doesn’t drive it much.

As we can see, Gaga loves her classic cars. But sometimes to escape the paparazzi, those aren’t enough. So she owns a couple of modern cars like the Porsche Boxter and Audi R8 but her favourite is the Lamborghini Huracan. The Huracan gets power from a 5.2-litre V10 engine that generates 602 horsepower and 560 Nm of torque. It can go from 0 to 100 kmph in just 2.5 seconds and has a top speed of 325 kmph. This will leave the paparazzi in the dust…

When you earn in millions and you can have whatever you want, expensive ain’t the word you hear. Everything feels inexpensive to you. Such is the life of Lady Gaga. Another splendid car on her car list is a Porsche Boxter. She was spotted while driving this one in Montreal, Canada in 2017. It gets power from a 3.4 litre flat-six engine that churns out 276 HP with top speed of 272 kmph and 0-100 kmph acceleration time of 5.4 seconds.