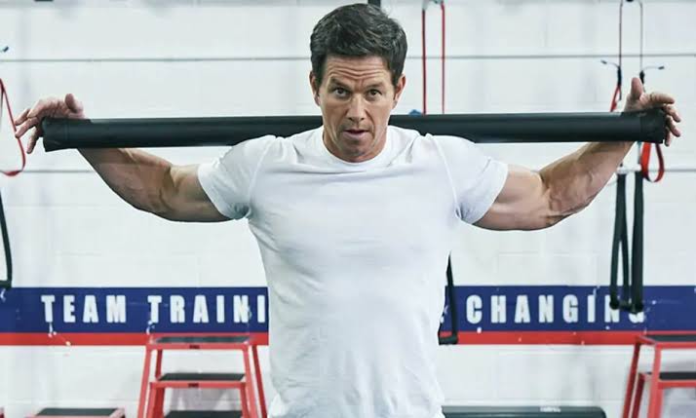 Mark Robert Michael Wahlberg is an American Actor, Producer, restaurateur and former rapper. In 1994’s ‘Renaissance Man’, he made his on-screen debut and got the first lead role in the 1996 movie ‘Fear’. He was also the executive producer of five HBO Series. Mark is the co-owner of Wahlburgers chain.

Mark also has a star on the Hollywood walk of fame since 2010. He has starred in famous movies such as ‘Max Payne’ and 2003’s ‘The Italian Job’. If you have watched ‘The Italian Job’, you know how fine Mark’s driving is. That’s why he owns some cool cars that he is often spotted with. Let’s take a look:-

The second luxury Mercedes that Mark owns a 2012 Mercedes-Benz SLS AMG. His first one was vandalized by his neighbours. The SLS AMG on other hand is properly insured by him (he didn’t insure the one before his first one vandalized, thus resulting in more expenses). It is the successor to the SLR-McLaren model and spiritual successor to the 300SL Gullwing. It gets power from a 6.2-litre V8 engine that generates 563 horsepower and 650 Nm of torque. This makes it quicker than its predecessor, accelerating from 0-100 kmph in 3.8 seconds.

Marky Mark also owns a 2015 Toyota Sienna. This might not come as a surprise, as he is a family man now. He says that his sienna is known in his family as the ‘Mintmobile’. This is because he stores supplies of Life Saver Mints in there. On the performance side, it comes with a 3.5-litre V6 engine that generates 266 horsepower.

When an SUV gets its name from a diamond that is largest and also rough, you know what to expect. And when the SUV has a Rolls-Royce badge on it, finesse is guaranteed. This beast owned by Mark Wahlberg comes with a 6.75-litre engine generating 563 horsepower and 850 Nm torque. With all the signature luxury features of Rolls Royce, one would think this SUV would be slow. But Cullinan excels in this field too, with 250 kmph of top speed. It is the first all-wheel-drive SUV from the luxurious brand.

This Second-Gen Lambo owned by Mark is the first one from the company to cross 320 kmph speed. Diablo is the successor to the cult classic Countach. It is powered by a 5.7-litre V12 engine that generates 529 horsepower and 605 Nm of torque. It features a removable roof and an open headlamp design. The model was replaced in 2001 by Lamborghini Murcielago.

Mark Wahlberg is fond of Bentleys. He owns a 2009 Azure T model which is the performance version of the standard Azure model. The engine gets an upgrade from the standard model and makes 500 horsepowers and 1000 Nm torque. It can accelerate from 0-100 kmph in 5.5 seconds. The exterior styling is inspired by Bentley Mark VI.

The Escalade is the prime symbol of achieving the ‘Dream Life’. It is very popular among wealthy customers as well as celebrities who like custom cars but want something sturdy too. Mark also turned to West Coast Customs; who also customized Paris Hilton’s Pink Bentley, for customizing his 2010 Cadillac Escalade. The car comes with a 6.2-litre V8 engine that produces 403 horsepower as stock. It can go from 0 to 100 kmph in 8.2 seconds. That’s pretty fast for a car that looks like a tank-car hybrid.

The Mercedes SLS AMG and Lamborghini Diablo VT Roadster were okay till Mark didn’t start a family. However, When both the requirements of family and your passion for speed need to be fulfilled, the Porsche Panamera bridges the gap. This kind-of-stretched, luxury version of the Porsche 911 comes with a 3.6-litre V6 petrol engine or a 3.0 litre V6 turbo-diesel engine. The petrol one produces 296 horsepower and 400 Nm of torque, While the diesel one generates 247 HP and 550 Nm of torque. Speaking of speed, the petrol variant has a maximum speed of 261 kmph whereas the diesel one has a maximum speed of 244 kmph.

The final car on the list of Mark Wahlberg’s car collection is the 2014 Rolls-Royce Phantom Drophead Coupe. The speciality of this car is its two-tone colour scheme and the rearward opening coach doors. It gets power from a 6749cc V12 engine paired with a six-speed automatic transmission. It was in production from 2007 till 2016.