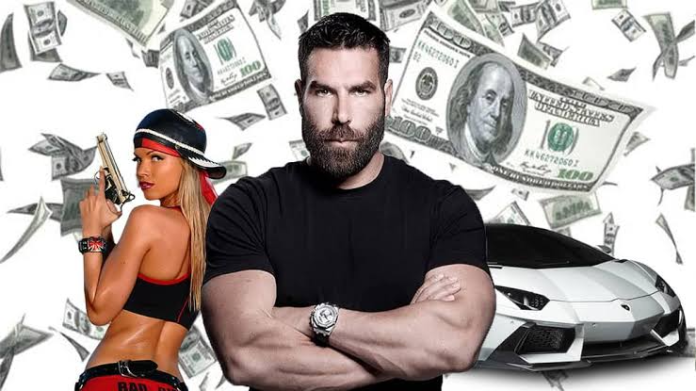 Dan Bilzerian, born on December 7, 1980, in Tampa, Florida, United States. He’s an American Actor and a professional poker player who’s Net. worth is $200 million USD. He’s a social media celebrity who is famous for documenting his lavish life and has He’s currently living in Las Vegas in a life of total luxury and rich. He has a collection of amazing cars with Rolls Royce and Lamborghini Aventador.

Dan Bilzerian’s Car Collection starts with a 6X6 G-Wagon. This car isn’t an SUV but a truck with six wheels with four-door with a massive bad bed space. This G-wagon has a 5.5L bi-turbo V-8 engine with 554 hp. The weight of this Wagon 4 tonnes. It’s the best vehicle for offroading which can pass any kind of terrain.

It’s a two-seater car, so well he won’t be able to drive all his girlfriends with him. A world-famous supercar has to be a part of his million-dollar car collection. This car has a V12 engine with 700hp and a top speed of over 350 km/h.

This 1965 Shelby Cobra is also a part of Dan Bilzerian’s Car Collection. Which seems to be the oldest and rarest pick of his collection. The car’s cost is up to a million-dollar in today’s date. The car has a quite amazing history which has won many races back in the days.

This the or one of the luxury cars of his collection, the Cullinan. It’s pretty obvious to own a premium car like this as a millionaire, where he also has one more Rolls-Royce. This Cullinan cost over a million USD and it’s colored in pure white which gives it a premium look.

The Phantom is Dan’s second Rolls-Royce of his collection. This a luxurious saloon with extraordinary creativity, like the start light roof, a suspension that makes you feeling floating in the air, an engine that so silent that you don’t feel the vibration ever after touching the bonnet. The cost of this car is 1.2 million dollars with extra added optional specs.

Dan Bilzerian’s Car Collection also has Lamborghini Urus. This is an SUV which the fastest amongst all SUVs, which has a 4.0L V8 engine producing 640 hp. The price of the car is half a million dollars.

Well, there nothing special about the car to say. It an SUV which costs about $135,000 and has a six-cylinder turbocharged engine with 450 horsepower with a top speed of 270 km/h.

This is a common car when it comes to Cadillac as almost every Hollywood celebrity owns it. This car is like a luxury small office with recliner seats and T.Vs as well. It has every aspect in it which is required for a luxury SUV.