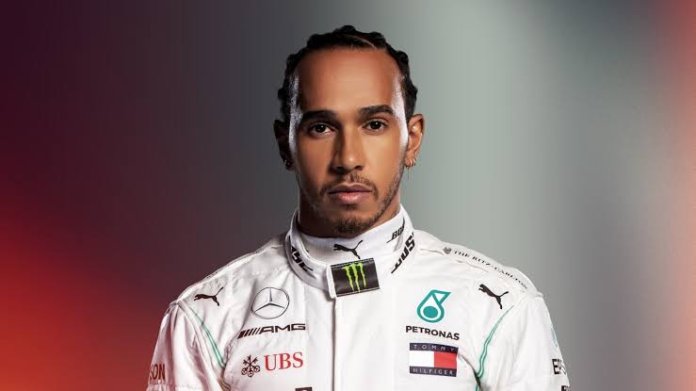 Sir Lewis Hamilton is a British racing driver. He is well known as Seven-time Formula One world champion. According to him cars are his biggest investment and he loves supercars. The 36 year old, F1 driver is also a fanatical car collector. His collection has a wide variety of cars, from classics to rare supercars he got them all !!

The F1 driver Lewis Hamilton bide a luxurious lifestyle. The estimated career earnings of the F1 driver is upward from $500 million. And when talking about is significant car collection, it is worth whooping $18.3 Million.

Lewis Hamilton owns moreover than 15 cars. Although all of them are his favourite he has rated eight of them as ‘special’. Whereas some of these cars are kept in his residence in Monaco and other cars occupy his garage in Los Angeles.

The very first car owned by Lewis Hamilton was Mini Cooper. He got the car in 2002, as it happens to be the same year when he got his driving licence.

The next car Hamilton bought was the Ferrari 599 SA Aperta. It is another super rare car in Hamilton’s garage. Only 80 of these were made.

Hamilton has personally looked into the Shelby before buying it. It is the of the most iconic American cars of all time. Significantly this is one of the most exclusive car he owns. Though it is least driven by him, he says he wants to keep the rare piece unspoilt.

Ok so you will not be surprised to see the Cadillac Escalade in the list. As it is the most popular car among celebrities. The super luxury SUV is also the part of Hamilton’s garage.

Other than the Cadillac Escalade another luxury vehicle Hamilton own is the Mercedes-Benz Maybach S600. The luxury sedan is a feature loaded solely for your comfort.

The 1967 Ford Mustang Shelby GT500 is the least driven car in his collection. Lewis had painted it in his favourite candy red finish. He purchased this back then in 2011.

The Mercedes Benz AMG GTR is the most favourite car of the F1 driver. This Mercedes-Benz is everyday drive of Lewis. The significant performance has made the car top his favourite list, says Lewis Hamilton.

The hypercar from Pagani is also part of his garage. In particular the LH stands for ‘Lewis Hamilton’. He is a huge fans of limited edition cars and for this rare one he sank around $ 2.2 Millions.

The 1966 Shelby Cobra is one of the most favourite car of Lewis Hamilton. But as said earlier he want to keep it unspoilt. So to feel it on roads and enjoy the drive he bought another one !!

One of the finest Ferrari ever made, it has also made place in Hamilton’s car collection. The car has a top speed of 350 Km/h (as claimed by the company) and goes from 0-100 Km/h in under 3 seconds.

Three years after buying the LaFerrari he also got the Aperta version. It has to be part of his garage says the F1 driver. Only 210 models were ever made, making it another rare car in his collection.

In 2015, he bought a McLaren P1 finished in royal blue. The P1 is a limited production plug-in hybrid sports car. Hamilton purchased it for €1m (that is $1.15 Million) though the prices were later increased. Infact Only 375 models were ever produced.

The Mercedes-AMG G 63 6×6 is a ‘Sport Utility Truck’ manufactured by Mercedes-Benz. This special edition car is part of Hamilton’s car collection.

In my opinion this is the perfect car Hamilton will add to his collection. Notably Lewis himself was involved in its development. He will get it’s delivery in 2021. It is a hypercar directly inspired by F1.