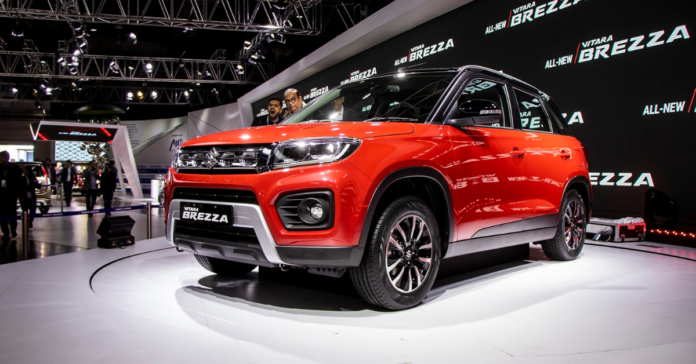 Every automotive enthusiast in the country expected Maruti Suzuki India Limited’s (MSIL) sub-compact SUV Brezza, the country’s largest passenger vehicle manufacturer, to dominate the market. And rightly so, given that it has remained one of the segment’s best-selling vehicles since its debut in 2016. MSIL recently revealed its sales figures for the month of August 2022, and it was discovered that the company sold 15,193 units of the new model, making it the champion of the subcompact SUV segment once again.

The Maruti Suzuki Brezza outsold the previous segment leader, the Tata Nexon, by 108 units in August, and it easily outsold the new Hyundai Venue, which sold around 11,240 units last month. The Brezza also saw an 18% increase in sales year on year, with 12,906 units sold in August 2021. Given that Maruti Suzuki recently reported that more than a lakh reservations for the 2022 Brezza had been made since its unveiling two months ago. Nobody is surprised that the company is claiming the top spot. The company also revealed that it had received over 45,000 pre-orders prior to the car’s official unveiling.

Maruti Suzuki launched the all-new Brezza in India in June of this year, with an ex-showroom price of Rs 7.99 lakh. Maruti Suzuki has begun accepting reservations for the all-new sub-4m compact SUV for Rs 11,000 in advance. In terms of changes, the new Brezza was designed from the ground up and has undergone extensive upgrades.

The front end now uses a new design language that is noticeably sleeker than the previous one. New, slender LED headlight units surround the grille, and dual-LED daytime running lights give the new Brezza a distinctive appearance. The bumper design has been updated to be more robust, with thick cladding. Maruti Suzuki has also installed new fog lights and a silver fake skid plate. From the side, the Brezza appears to be in good condition. Maruti Suzuki has installed new roof rails and dual-tone alloy wheels.

The brand-new Maruti Suzuki Brezza also has a new interior and a slew of new amenities. The dashboard layout now has a new, layered style. The air conditioning vents are located just below the new 9.0-inch infotainment screen introduced by Maruti Suzuki. The flat-bottomed steering wheel has several settings. Maruti Suzuki has also restored the vehicle’s long-missing rear air conditioning vents. One of the most noticeable features of the new Brezza is the motorised sunroof. In 2022, the brand’s Brezza will have a sunroof for the first time. Wireless phone charging, a new 360-degree camera view system, and a 5.5-inch head-up display are also included (HUD).

Another significant upgrade can be found under the hood of the new 2022 Maruti Suzuki Brezza. The SUV is powered by a 1.5-liter K-Series DualJet engine borrowed from the new XL6. The new Brezza produces 103 PS of maximum power and 135 Nm of peak torque. Maruti Suzuki also offers a mild hybrid system. As with the XL6, there is a new 6-speed torque converter with paddle shifters and a five-speed manual transmission.