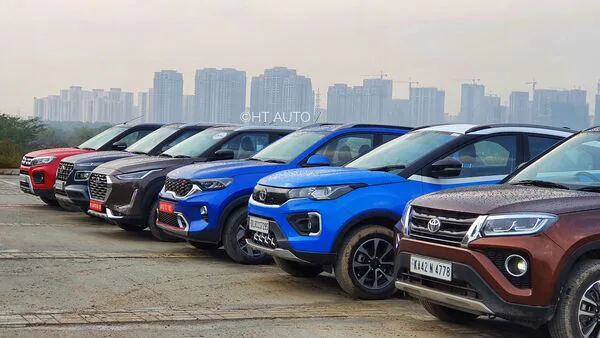 Society of Indian Automobile Manufacturers (SIAM) has come out with the data that shows India’s growing preference for SUV body shape and the reason behind its rise in sales.

According to vehicle sales data from July released on Friday by the Society of Indian Automobile Manufacturers (SIAM), Indians are increasingly choosing SUVs or utility vehicles as their preferred personal transportation. Almost one in every two cars sold in India last month were SUVs, according to the agency that represents all significant vehicle and vehicular engine manufacturers in the country, with a market share of about 47%. Nearly 2.94 lakh passenger four-wheelers, of which 1.37 lakh were utility vehicles, were imported into India in July.

Major automakers like Mahindra, Tata Motors, Hyundai, Maruti Suzuki, and Maruti Suzuki are increasingly focusing on the utility vehicle market. With a number of new models recently released or being prepared for the Indian market, all automakers have recently expressed their desire to grow in the SUV segment.

The SIAM-shared July sales data also highlights the declining market share of hatchbacks in India. The segment, which once served as the four-wheeler auto industry’s skeleton, has now declined to less than 40%. The largest automobile manufacturer in India specialised in hatchbacks. In the most recent financial year, it fell by 5%. Sales of hatchbacks for Maruti Suzuki have decreased by 29% when compared to 2018–19.

The drop in hatchback sales has increased Maruti Suzuki’s push for a larger SUV portfolio. RC Bhargava, Chairman at Maruti Suzuki India Limited, said, “On the other hand, the SUV sector continued to grow. We did not have enough models in this segment to compete effectively, though the situation has now become much better with the launch of the remodelled Brezza and the global launch of Grand Vitara.”

Contrary to the vehicle sales data shared by SIAM, Indians still prefer hatchbacks. Cars like WagonR, Swift, Baleno and Alto have been regularly featuring as India’s most preferred cars over the past few years. But with growing number of SUVs and other utility vehicles, the dominance of the hatchback looks to be on the wane.