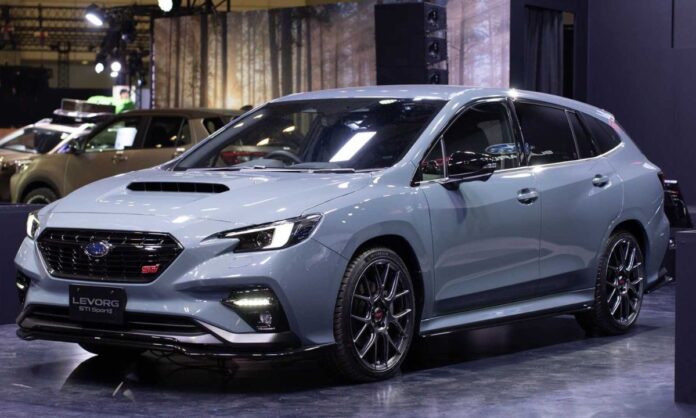 500 units of the quick family hauler, which costs the equivalent of $45,000, are available.

The Subaru Levorg STI, which is essentially a WRX waggon, has been available in Japan for some time, and Subaru switched the fast estate to the second version near the end of 2021. The forbidden fruit has now been made even more delectable with a special edition in JDM flavour, which is also available as the WRX Sportwagon in Australia and as the WRX GT tS Wagon in New Zealand. Introducing the STI Sport, a limited-edition model that was introduced today at the Tokyo Auto Salon in 2023.

It begins as the top-of-the-line Levorg STI Sport R EX and receives a number of enhancements, such as 19-inch BBS forged wheels shod in 225/40 ZR19 Michelin Pilot Sport 5 tyres. A transmission oil cooler, a strut tower brace, and a flexible draw stiffener are additional refinements. The performance waggon receives a number of black external accents in addition to mechanical improvements and Recaro front bucket seats with suede and synthetic leather trim.

The Levorg STI Sport’s turbocharged 2.4-liter gasoline engine powers the vehicle, which will be on display at TAS alongside the 2024 Impreza modified with STI components. It has a continuously variable gearbox that transmits 271 horsepower (202 kilowatts) and 258 pound-feet (350 Newton-meters) of torque to the all-wheel drive system. It produces the same amount of power as the US-spec WRX, but it only comes with a CVT because the six-speed manual transmission is not offered.