Suniel Shetty, a well-known Bollywood actor, is a major enthusiast of bespoke automobiles, and he recently received delivery of his modified Royal Enfield Motorcycle Machismo 500. The star thanked the designer Vardenchi for the fantastic makeover in a video broadcast to his social media account.

He praises the bespoke motorcycle’s appearance, design, and riding quality in this video. He goes on to say that it has an international look yet is actually Indian. To comply with RTO standards, the ‘Vintage,’ as Vardenchi has dubbed it, is based on an unaltered chassis of the now-discontinued Machismo 500 motorcycle.

The modified Machismo 500’s new design is inspired by a classic bobber, with high and broad handlebars and a low single seat. The front end has a round LED headlamp, and the front cowl is matte black.

The motorcycle’s fuel tank is matte grey with a prominent leather strip, and the seat is black leather with cosmetic springs that appear to support it. The engine is finished in black at the bottom, and the footpegs are constructed of machined aluminium. A low-slung exhaust shrouded in heat wrap stands out against the blacked-out engine and chassis. The back fender is trimmed short to complete the Bobber look.

‘Anna’ and ‘Suniel Shetty’ are among the few badges and stickers on the bike that provide a personal touch. The actor was also given a custom motorcycle helmet and jacket by the bespoke bike maker.

Vardenchi is recognised for creating unique motorcycles for celebrities and displaying them at events like as the Indian AutoExpo, Royal Enfield Ridermania, and Sunburn Music Festival. Over the years, they’ve also produced some unique modifications, such as the Skeletor, which actor Jackie Shroff owns. They also make a number of components and ready-to-install kits that dramatically change the look of motorcycles. 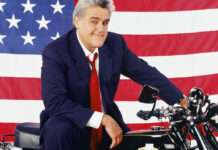 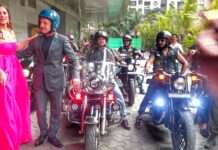 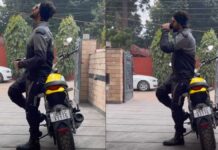