HomeCarThe Nissan GT-R EV is coming, but we don't know when
CarCar NewsNews

The Nissan GT-R EV is coming, but we don’t know when 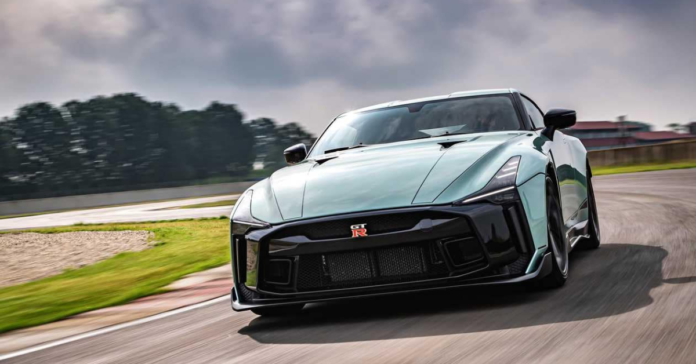 Nissan just unveiled an all-new Nissan Z after what seemed like an eternity, but what about the ageing Nissan GT-R? That car has been in production for 15 years, and there’s no indication that a new-generation R36 GT-R is in the works. This is despite the fact that noise rules have effectively eliminated its presence in Europe, and safety regulations have effectively eliminated its presence in Australia, leaving just the United States and Japan as key customers. Nissan isn’t intending to retire the GT-R as some had predicted, but it is already thinking ahead to the next-generation car, whenever that may be.

The automobile sector is undergoing rapid transformation. Models who were previously revered and idolised as the pinnacle of performance are in risk of vanishing, along with the life-giving fuel that has kept them going for so long. While we don’t want to see the Nissan GT-R go out of production, we can’t imagine what it would be like without the incredible high-performance VR38DETT V-6 under the hood. Nissan, on the other hand, appears to be unconcerned, as it is already pondering what it will be like if the GT-R brand is applied to a car that runs solely on electricity.

In an interview with Top Gear, Nissan COO, Ashwani Gupta, explained just where the company sits with the GT-R’s future. “I think it’s too early to say when, but definitely it [an electric GT-R] will come one day.” When that day will come is a completely different story, as nobody really knows, but Nissan is clear that – just like the case with the Nissan Z – the technology just isn’t there yet. “At present, when we do all the simulations to the electrification on these cars, we don’t find the right technology to define what is ’Z’ and what is ’GT-R’. And, in the end, these two are not cars, these are our culture.”

Furthermore, according to Gupta, the Nissan Z and GT-R will always have their existing places within the Nissan Hierarchy. Even if electrification is viable, the Z will remain an inexpensive sports car and the GT-R will remain a thoroughbred supercar at the top of the line. Internally, they’re referred to as the beauty and the beast. So, given that we know Nissan will not discontinue either of these incredible vehicles, when can we expect to see that radical transformation and evolution?

Because the Nissan Z is brand new, it’ll be around for at least seven years, if not more, unless Nissan is forced to discontinue its ICE lineup before then. The official debut of that model in Japan has been postponed until the summer due to supply chain concerns, and we still don’t know how much the Z will cost in the United States, but the $40,000 range looks about right.