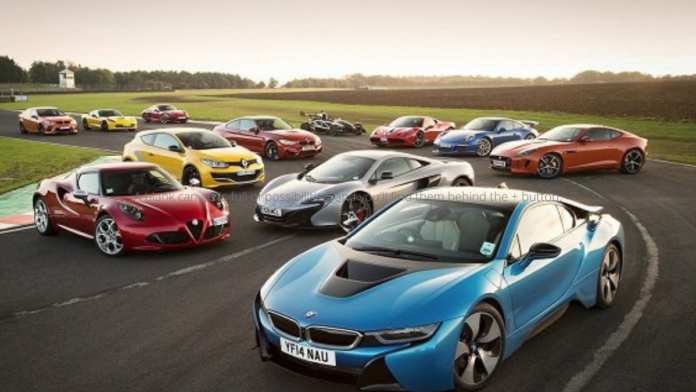 Luxury cars have long placed a premium on comfort and safety, with manufacturers frequently introducing new safety features and comfort on luxury models before they reach mass-market models. As early as 2009, luxury cars had a slew of “smart car” capabilities.

Luxury cars can serve as a status symbol for extravagant spending. Because many European luxury car customers are wary of showing off their wealth, manufacturers provide the option of deleting exterior emblems that identify the model name or engine capacity.

Most luxury automobiles’ suspension systems are set to prioritise ride quality over handling, however certain cars are advertised as “sports luxury” and place a higher focus on handling.

The Maybach s-class is built upon the successful formula of the regular S-Class giving it inherently luxurious DNA and a prestigious image, aside from several distinct design clues the souped-up S-Class has plenty more to offer the interior has been adorned with plush materials and the level of refinement speaks volumes about the attention to detail bestowed on the top-end sedan and Mercedes line-up.

The Maybach treatment not only enhances the comfort level but also amps up the power output and the technology hidden underneath the luxury limo with its long wheelbase and squishy seats resonating business class airplane seats.

The Maybach s-class is sure to keep the VIP’s isolated from the chaos of the outside world the advanced tech fitted ensures that every occupant can adjust the settings according to his taste without having to compromise on even the most minute unlike many luxury cruisers, the Mercedes Maybach S-Class offers a suite of luxury amenities without any premium that in conjunction with its supple ride and imposing stance makes it an attractive option over some of the pricier alternatives.

The British automaker Bentley carves some of the finest marks in the world and the flying spur 8 is its latest addition to its rather limited inventory, famous for its w12 engines the v8 not only manages to impress the crowd but also exceeds the expectations in every dimension.

To begin with the v8 powered flying spur has enough grunt to pull the giant car without breaking a sweat the performance-oriented suspension geometry acts like an icing on top of an already perfect car delivering the perfect blend of comfort and performance the world’s ever seen and experienced just like any other Bentley the flying spurs v8 trim is also endlessly customizable from the flying bee etched on the bonnet to the most minuscule interior details everything can be crafted on the customer’s unique requirement, setting aside the customizations the standard flying spur is plenty capable to leave you in awe of its beauty comfort and other worldly driving dynamics Bentley’s ultra-luxurious sedan is perceived to be a chauffeur-driven car but its classic Bentley character can only be fully experienced behind the steering wheel.

Audi’s flagship luxury sedan the A8 has always been rather underrated in the sense that it doesn’t get the same limelight as its German rivals however, this certainly isn’t the case with its latest iteration that’s now been around us for quite some time not only the A8 secures full marks in the aesthetics department but it also impresses with its daunting performance and stunningly supple ride.

The main highlight of the A8 is undoubtedly a spacious and rich interior that’s lined with the most refined materials available out there, adding to the richness is an array of tech features that control anything from the heated and ventilated seats to the constant ride height adjustments based on the upcoming terrain the ambient lighting works like a charm and dark hours and lights up the cabin in colors of your choice Audi has done a remarkable job with the current V8 and the countless positive reviews are a testament to this very fact. The A8 may be one level below the ranks of the likes of Bentley and rolls Royce but it certainly has proven its mettle.

Jaguar has long been an underdog in the realm of luxury cars but it’s XJ sedan still enjoys a relatively good reputation around the world the XJ primarily benefits from its British heritage that grants it the unique looks both inside and out for a luxury sedan the ride quality tilts more towards delivering an athletic appearance which is a good thing considering the taste of today’s luxury car customers, the sleek silhouette adds to the executive character whilst also improving the aerodynamics.

The interior may not be as fancy as other rivals but it manages to be at par with the overall design philosophy, the Jaguar XJ is also available in a long wheelbase configuration that together with the heated and cooled seats makes for a worthy high-end car that isn’t as common as mainstream offerings, other noteworthy features include a premium sound system and a host of safety features ensuring the safety of everyone inside the cabin. The Jaguar XJ may have lost some of its charm but it continues to attract its loyal fan base to this day.

The BMW B8 gran coupe looks strikingly similar to the M8 but the Alpina treatment has essentially given the car a new sole the sporty character has been fused with various luxurious touches that add to the elegance without compromising the original personality, the only distinct feature on the exterior are the 20 spoke wheels that look every bit as unique as they can get the main change of scenery however, occurs once you step inside the cabin the changes though minimal are quite charming including the wooden inlays and crystal wrapped controls that enhance the tactile feel on every subtle touch.

In addition to refining the 613 horsepower power output Alpina has dramatically improved the comfort level of the sporty coupe, with a gentle tap you can convert the magic carpet ride to that of a track monster that’ll be ideal for honing around the bends the gran coupe now is a perfect rodent track machine, both on the long and short haul making it the unicorn of the coupe universe.