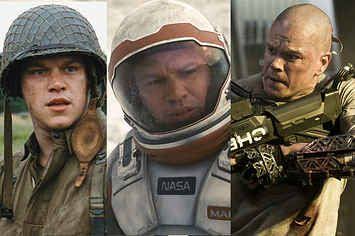 Matthew Paige Damon is an American actor, producer, and screenwriter. Damon was born in Cambridge, Massachusetts, on October 8, 1970, the second son of Kent Telfer Damon (1942–2017), a stockbroker, and Nancy Carlsson-Paige, an early childhood education professor at Lesley University.

Damon began his acting career by appearing in high school theater productions. He made his professional acting debut in the film Mystic Pizza (1988). He came to prominence in 1997 when he and Ben Affleck wrote and starred in Good Will Hunting, which won them the Academy and Golden Globe awards for Best Screenplay.

Ranked among Forbes’ most bankable stars, the films in which he has appeared have collectively earned over $3.88 billion at the North American box office, making him one of the highest-grossing actors of all time with a total net worth of $170 million He has received various awards and nominations, including an Academy Award and two Golden Globe Awards.

With the longest range and quickest acceleration of any electric vehicle in production. Model S Plaid is the highest performing sedan ever made by TESLA. The electric vehicle works on 2 motors mainly one in front and one in rear. The vehicle produces 825bhp of horsepower with the help of 90kWh lithium ion battery. The vehicle can gain a top speed of 249kmph and whip from 0 to 100kmph in just 3.2 seconds.