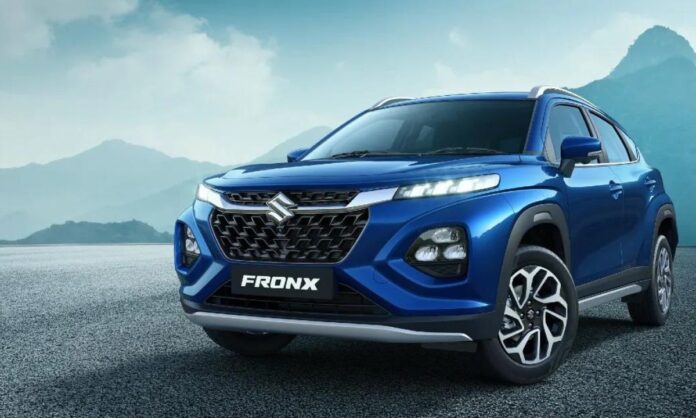 Toyota to launch a coupe-like Suzuki Fronx & Ertiga Based SUV

The entire country is waiting for the Maruti Suzuki Fronx to be released, but Maruti’s Japanese collaborative partner Toyota Motor Corporation is also apparently planning to release another car on the same platform later this year. According to sources, the Heartect platform used in the Maruti Baleno, Toyota Glanza, and Maruti Fronx (Codename YTB Baleno Cross) would be utilised as the foundation for this next car. Furthermore, the business is developing its own version of a more cheap MPV based on the Ertiga, which is now one of Maruti’s most popular vehicles.

Toyota’s next car, which will be based on the Heartect platform, is expected to have dimensions comparable to Maruti’s Fronx, but with more imaginative coupe-like SUV appearance. Toyota has reportedly dubbed this car A15, and it might be released in the nation by the end of this year.

The A15 will most likely use the same 1.0 litre, three-cylinder turbocharged petrol engine that was previously offered with the Baleno RS. This engine has a peak torque of 150 Nm and a power output of 100 Ps. Toyota might potentially use Maruti Suzuki’s 1.2 litre NA petrol engine that now powers the Baleno and Glanza to power this vehicle. It may also be equipped with an AWD system.

Aside from that, another big talking point of the new report is that Toyota is working on developing an MPV based on the Maruti Suzuki Ertiga. This new MPV will be priced lower than the more costly and recently released Innova Hycross. Toyota’s new MPV aims to target a more inexpensive MPV market and secure the country’s success in the MPV segment. According to sources, this MPV has also been given an internal codename, D23. According to reports, this MPV will be unveiled in the middle of this year.

Toyota, like earlier models Urban Cruiser, Glanza, and Urban Cruiser Hyryder, will take the lowly Maruti Ertiga and give it the Toyota flair by redesigning both ends of the MPV with new bumpers. Apart from these small visual alterations, the interior and technical aspects will remain mostly unchanged. And for these slight modifications, as well as a superior warranty scheme, the new MPV may charge a higher price than the Maruti Ertiga.

This new MPV will most likely be driven by the same K15C 1.5-litre DualJet petrol engine with a sophisticated hybrid technology to improve fuel economy. The engine in the Maruti Ertiga presently generates 100 PS of maximum power and 136 Nm of peak torque. It would still come equipped with a 5-speed manual transmission. If Toyota decides to provide a CNG edition of this car, it will have a power output of 87 PS and torque of 121 Nm.