One of the world’s biggest markets for automobiles in India. Additionally, automakers are eager to introduce the newest models from abroad to the nation due to the strong economy and people’s willingness to invest in automobiles.

However, there can occasionally be problems when a new car is introduced. This is due to the possibility that someone else has registered the vehicle in the name or the corporation wants to replace the brand because it has underperformed. You will learn that the same cars have different names or are sold under different brands in different countries.

In the history of the Indian auto industry, Maruti has been one of the most adored brands.
The Japanese Suzuki Splash was renamed Ritz by Maruti in 2009 and released in India. The Ritz would have been quite popular as a crossover hatchback with a strong 1.2-liter K-series petrol car and a 1.3-liter diesel powertrain, but it failed to impress with its looks due to its chopped rear end, and the car was finally withdrawn to make room for Ignis in all global markets.

Although General Motors already stopped producing automobiles in India. In past, there had been plans for the sector to grow significantly. Chevrolet decided to highlight the Panther, which sister company Isuzu sold in Indonesia, to acknowledge the success of the Toyota Qualis. However, it didn’t have a great deal of success and came out soon after Innova.

For the Japanese, European, American, and Asian markets, the Japanese automaker uses a different naming scheme. As a result, Fit is sold in Japan and the Americas while Jazz is sold in India.

India’s iconic “people’s car,” the Maruti 800 (named for its 800cc engine), was introduced in 1983. But the car didn’t start that way. The “Suzuki Alto” was the same vehicle that was sold in other countries in 1979, and the Alto that we are familiar with in India is the next creation of the 800 that was sold in those other countries.

Suzuki has gained a great deal of recognition thanks to the Alto moniker, which is also fairly well known throughout the world. Since 1984, the Maruti 800 has been sold in Pakistan as the “Suzuki Mehran,” and it remains a popular choice among the general public thanks to its incredible resale value.

Even before Mitsubishi introduced the Pajero here, it was well-known in India. However, the name’s journey was a little complicated. While the first generation vehicle was still being built, the fourth generation Montero, also known as the Shogun, was introduced in India in 2009.
Then came the Pajero Sport, also known as the Challenger overseas! Yes, we are also perplexed.

The Vento has always been built on a wheelbase and trunk extension of the Volkswagen Polo platform. Thus, in countries like Thailand, South Africa, Russia, etc., the Volkswagen Vento is marketed as the “Polo Sedan.” The brand has been known by the moniker “Polo” for many years and all over the world. Volkswagen sells the sedan under the name Polo Sedan in some areas because of this. In some markets, the Volkswagen Jetta’s identity is also used as a trademark.

Toyota’s very popular SUV (especially in Southeast Asian markets) is the Fortuner. Although it is sold in most markets, it goes by the name “Fortuner” (name derived from the word “fortune”). But in countries like Brazil and Argentina, the car is developed and sold under the name “SW4”.

The second generation Accent was Hyundai’s first sedan in India. Although it expanded in the international market, it still did good business in India. So Hyundai brought the new third-generation car to India as the Verna and set a higher price. Surprisingly, ‘Accent’ has been replaced by ‘Xcent’.

This huge car as we all know it is a Ford Endeavor in India since its first generation was launched in India in 2003. However, the same vehicle as the Ford Everest is sold in around 200 markets. The SUV is a 5-door version of the popular Ford Ranger truck, which India and Ford have decided to launch under a completely different brand.

The Chinese automotive conglomerate SIAC currently owns MG Motors, a relatively new player in the Indian auto market. The original SIAC patent is still present in the MG Hector that the company sells under its name in India. As a result, the company also sells the same vehicle under the name Baojun 530. Additionally, the vehicle is rebadged and marketed as the newest generation Chevrolet Captiva.

You will be surprised to see different names or different badges on the trunk lid of the car you remember from your home country. Some cars are even owned by you but which of these are tell us in the comment below? 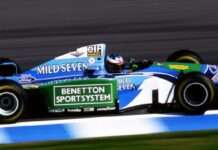 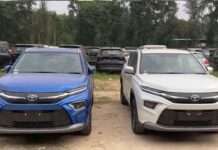 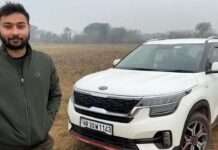