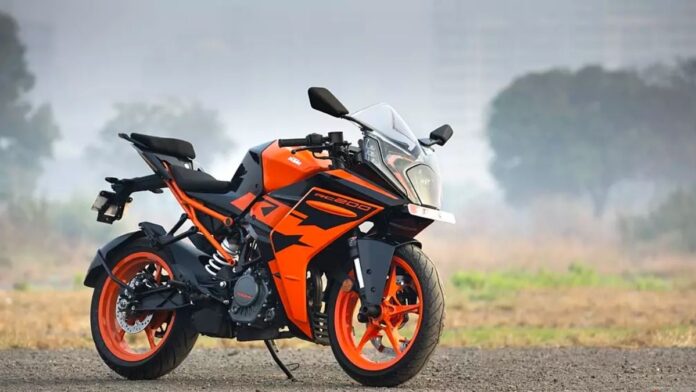 After keeping it majorly unchanged for seven years, KTM has finally bestowed the RC 200 with its biggest ever update this year. All these changes promise to make it friendlier and more accessible while keeping the excitement intact.

The most prominent change is in the design department. The motorcycle now looks bigger, more mature, and less sharp than the previous bike. It also gets a new LED headlamp set up along with an LCD console that looks like the same unit we have seen on the new 250 Duke. Even the turn blinkers are now mounted on the fairing. Furthermore, the fuel tank is a larger 13.7-litre unit, as opposed to the previous bike’s 9.5-litre fuel tank.

As for the hardware, the new RC 200 is based on a split-type trellis frame with a bolted-on sub-frame, which is a departure from the outgoing bike. Moreover, the brakes and wheels are lighter for saving weight. Other hardware changes include a new WP Apex monoshock and fully adjustable handlebar risers for tweaking its ergonomics.

The 25.4bhp, 199.5cc, liquid-cooled engine of the KTM RC 200 has remained majorly unchanged. However, there’s a new larger airbox for allowing better air flow thereby making the bike more responsive and torquey. The heating should also be better managed with a new curved radiator assembly. Lastly, KTM has made sure the new RC 200 is comfier and more spacious to ride.

The 2022 KTM RC 200 is available in two colour options including Dark Galvano and Silver Metallic. The motorcycle competes against the new Yamaha YZF R15 V4.