2023 Toyota Innova Likely To Be FWD With Strong Hybrid Engine 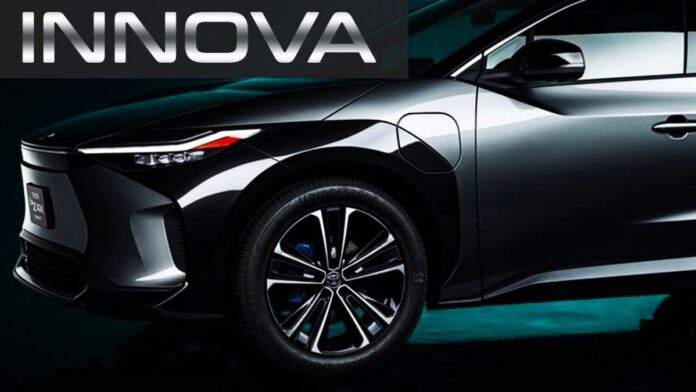 The Toyota Innova Crysta is about to go through a generation change, and test mules of the new model have been spotted both abroad and in India. The next-generation Innova Crysta, codenamed ‘B560,’ is expected to replace the present IMV-2 body-on-frame construction with the TNGA-B monocoque platform.

Because of the monocoque chassis, the next-generation Toyota Innova is projected to be available only in front-wheel drive. FWD vehicles offer superior overall space management than rear-wheel-drive cars, making them more suitable for urban environments. Aside from that, the Japanese automaker has revealed that this next-generation MPV would have electrified powertrain options.

Details about the impending new-generation Innova Crysta’s powerful hybrid powertrain(s) are currently unavailable; we expect to learn more in the coming months. The current-gen vehicle is available in India with two engine options: a 2.7-liter NA petrol engine and a 2.4-liter turbo-diesel engine, with a 5-speed manual transmission and a 6-speed automatic transmission.

We don’t know if the present engine selections will be carried over to the next-generation vehicle or if Toyota will launch new powertrains. Furthermore, as emission regulations tighten around the world, Toyota may be forced to phase out diesel engines in some overseas markets, including India.

The 2019 Toyota Innova Crysta is projected to be sleeker and sharper than the present model in terms of design. The interior will most certainly be totally overhauled, and the MPV will most likely receive a slew of new features. Overall, the cabin room will most likely be better in all three rows.

The next-generation 2023 Toyota Innova Crysta is slated to make its global premiere by the end of this year, with an early-2023 introduction in India. In India, the Innova has no direct competitors, however, it can be a good alternative to the Hyundai Alcazar, Tata Safari, MG Hector Plus, and Mahindra XUV700.

Top 10 Most Expensive Cars in The World