Every spy shot of the upcoming BMW M5 has revealed the car to be camouflaged. Some of the coverings are coming off, but the final design is still hidden. Thankfully, Kolesa.ru has shared a pair of predictive renderings that attempt to preview the final styling of the high-performance sedan.

The camouflage does an excellent job of concealing the size of the grille, but the rendering depicts the redesigned model with a slightly taller one. It sits above a gaping lower grille opening that BMW is no longer able to conceal. A pair of triangular intakes flank it, pushed to the bumper’s outer corners.

Spy shots of the M5’s rear haven’t revealed much about the styling, but the rendering shows the sedan with thin, sleek taillights, a sporty bumper, and a menacing diffuser housing the quad exhaust tips. Because the new M5 will be a hybrid, the rendering even depicts the car’s charging port on the front fender.

When the new BMW arrives, it will retain the 4.4-liter twin-turbocharged V8 engine that is currently under the hood. However, BMW will electrify the sedan, transforming it into a plug-in hybrid. The M5’s horsepower and torque figures are unknown, but rumors suggest that it will produce around 650 horsepower (478 kilowatts). The same engine will power the BMW XM, with the top-tier variant producing up to 750 hp (551 kW), which would be incredible to see in a sedan. This would be a lot of power for the M5 Competition, right?

We don’t know when BMW will unveil the new M5, as the company is overhauling the entire 5 Series lineup. The standard model is expected to debut early next year, with the hotter M variants following shortly after. According to reports, the new M5 will go into production in July 2024, so expect BMW to reveal it before it starts rolling off the assembly line. The M5 Touring, unlike the standard 5 Series wagon, is expected to arrive in the United States later in 2024. 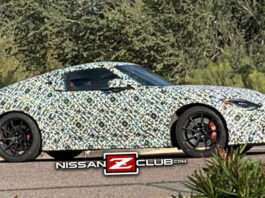 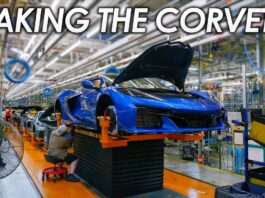 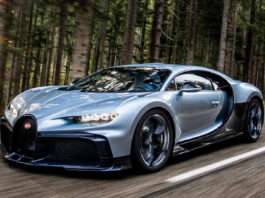