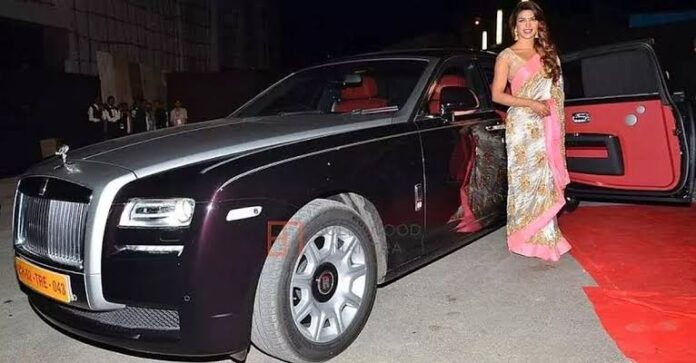 Actress Priyanka Chopra Jonas is said to have sold her Rolls-Royce Ghost for an undisclosed sum to an anonymous Bengaluru-based businessman. The revelation was initially reported by Pinkvilla, a Bollywood gossip website, which claims Chopra Jonas sold the automobile since she has relocated to the United States and the car has been sitting in the garage unused for a long time. The Rolls-Royce Ghost was purchased by Priyanka Chopra Jonas in 2013 for a hefty Rs. 4.5 crore, and it came with a black and silver dual-tone paint job, among other customisations.

She Sells It To Bengaluru-Based Businessman

Despite its high price tag, the Ghost has long been one of Rolls-most Royce’s accessible vehicles, and it was a favourite choice among Bollywood’s A-list actors until a few years ago. Priyanka Chopra was one of the first female actors to own an ultra-luxury vehicle. While in India, the actor frequently used the car and was photographed doing so by paparazzi at various functions.

About The Rolls Royce Ghost

While the Rolls-Royce Ghost has undergone a generation upgrade, Chopra Jonas’ model was the previous-generation vehicle, which was powered by a 6.6-litre V12 petrol engine with dual turbochargers. It is connected to an 8-speed automatic transmission and develops 562 horsepower and 780 Nm of peak torque.

On the work front, Priyanka Chopra Jonas was recently seen in The Metrix Resurrection, a sci-fi action film starring Keanu Reeves. She will next be seen in Text for You, an upcoming American romantic drama film.