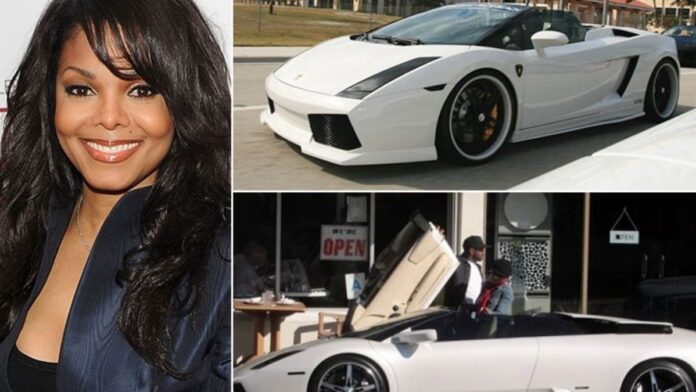 Janet Jackson has had a 45-year career in the entertainment sector. Ms. Jackson has encouraged women all around the world to embrace their inner strength and take charge of their lives. Despite never gaining adequate recognition for her work, she has developed some of the most memorable and original music videos in history, all while keeping a safe distance from the paparazzi.

The video for Ms. Jackson’s song “You Want This”, which was released in 1994, showed an array of incredible automobiles parked outside a desert Sundowner Motel. The 356 was Porsche’s first mass-market car, while the SC was the final modification before manufacture ended in 1965. This rear-engine cabriolet, which originally sold for $4K, is now worth between $100 and $200K.

This is perhaps most known as the inspiration for Ecto-1 in the original Ghostbusters movies, but it also made an appearance in Jackson’s video. This amalgamation of a Cadillac with a Miller-Meteor ambulance body served as the gold standard for ambulances long before today’s mobile hospitals were ever imagined. It also served as a hearse, which was useful given the state of medical knowledge in the 1950s.

In 1955, as the globe began to recover from WWII, Volkswagen decided to add a halo model to their lineup, and the Ghia was created. It was a collaboration between Ghia, Karmann, and VW, an Italian automobile manufacturer, and German manufacturers Karmann and VW. It lacked power, the hand-built body panels, which were coated with English pewter, elevated the price of this Italian-designed 2+2.

Jackson was shotgun in the Porsche 356 shown in the film, but her entourage zoomed about in this quick little British two-seater. Although it wasn’t winning any races, 124 spirited and boisterous horsepower is enough to get your heart racing. For a well-kept version, expect to pay $40K+.

Janet Jackson’s ‘All For You’ global tour began in 2001. Jaguar took advantage of the opportunity by signing on as her key sponsor, just in time for the debut of their all-new X-Type mid-size car. Before each arena event, spectators were treated to a commercial featuring Jackson. The Jaguar X-Type was the company’s first all-wheel-drive vehicle, with a 231 horsepower V6 engine.

Cab Callaway and Cyd Charisse, as well as this DeSoto cab, appeared in Michael Jackson’s star-studded video for Alright. For long years, DeSoto was the second most popular taxi manufacturer behind Checker. The Suburban was DeSoto’s first offering after WWII when Chrysler converted its manufacturing back to automotive production, while the Custom variant was meant for limousines and taxis.

The GT Hawk is only visible in Escapade if you look closely, but this European-styled, Detroit-built vehicle is still worth mentioning. The manufacturing run was limited to two years, although, in the 1963 and 1964 models, you could buy a “Jet Thrust” R-series with a 335 horsepower supercharged V8. Unfortunately, due to Studebaker’s financial difficulties, the remainder of the automobile was built with inferior materials, but that means you can get one for a bargain now.

The 4th generation T-Bird was similarly only available for two years, although it came with a 345 horsepower, 428 cubic inch V8 engine as an option. Unsurprisingly, all that power couldn’t get this beast to a respectable 0-60 mph time, but it wasn’t designed to be a sports vehicle in the first place. The T-last Bird’s convertible option year was 1966, which was followed by the 11th generation, retro-design model in 2002.

Ms. Jackson’s band piles into a powder blue rendition of this great ride at the start of Control. The Biarritz’s extravagant style was the ultimate expression of postwar optimism, with the longest tail-fins ever installed on a car. A sumptuous interior of soft leather and brushed metal assured you and your 5 buddies were seen driving in luxury.

We can see why Jackson might get lonely driving around in this strange-looking vehicle, yet the SM was named Car of the Year by Motor Trend in 1972. It included cutting-edge technology such as Citroen’s own hydro-pneumatic self-leveling suspension and headlamps that swiveled with the steering wheel. Even by today’s standards, the superior handling, braking, and comfort make this a superb highway driver.

Nasty featured a lime green Dual-Ghia with bespoke leopard print seats. Only 117 of these automobiles were ever made, and several celebrities including Dean Martin, Frank Sinatra, and Desi Arnez owned them. Ghia built the exterior and interior over a Dodge frame and drivetrain, then transported it back to Dual Motors in the United States to be coupled to a 5.7L Hemi V8. The ‘world’s longest assembly line’ was coined to describe this procedure.

JJ has included classics in her previous films, but they have no place in her real-life driving experiences. Ms. Jackson is a very secretive lady, but sources claim she has owned four automobiles in the last decade, one of which is a white Murcielago. This $375K exotic has a 640 horsepower V12 engine that propels it from 0-60 mph in 3.2 seconds.

The Gallardo is Lamborghini’s best-selling vehicle to date, with 14022 units produced throughout its ten-year lifespan. The shorter frame, regular doors, and slightly tamer V10 make it simpler to drive about town while shopping at Prada or bringing your Maltese for a manicure. You might have gotten one of the brands new for $200K+, but they’re now a terrific bargain at $120K+.

Jackson and his then-partner Jermaine Dupri reportedly spent $275K to LA-based Platinum Motorsport for the modified Bentley in 2007. Despite its 5500-pound chassis, the W12 engine’s massive 552 horsepower propels the AWD GTC from 0-60 in 5.1 seconds. After the pair split up in 2011, Dupri placed the automobile up for auction on eBay. Bids went as high as $130,000, but there was no information on the ultimate selling price.

The Vanquish isn’t the most costly or exotic automobile Jackson has, but it is the most famous, with a price tag of $234,000. It is most known as the Bond car seen in Die Another Day, and Road and Track writer Patrick Hong praised it as the perfect Grand Tourer. The 5.9L V12 engine pushes this beauty to speeds of over 200 mph, while the driver is pampered with hand-stitched leather and Alcantara in the interior. This appears to be an excellent mode of transportation.

You can also check out the car collection of celebrities like Scott Disick, Gordon Ramsay, Ryan Gosling.