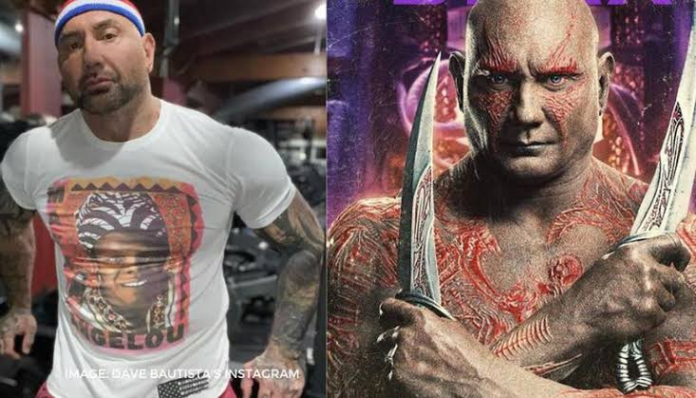 Batista Car Collection has some of the sorted and amazing cars like Lamborghini Murcielago, 64 Impala, Mercedes CLS Class, Hummer H2, Pontiac Trans AM and BMW 745LI.

Bautista began his wrestling career in 1999, and in 2000, he signed with the then-World Wrestling Federation (WWF, renamed to WWE in 2002). From 2002 to 2010, he gained fame under the ring name Batista and became a six-time world champion by winning the World Heavyweight Championship four times and the WWE Championship twice. Bautista made his second return to WWE and faced Triple H at WrestleMania in April 2019, before retiring from wrestling.

Bautista began acting in 2006 and has starred in The Man with the Iron Fists (2012), Riddick, the James Bond film Spectre, Blade Runner 2049, and Army of the Dead. In the Marvel Cinematic Universe, he has played the role of Drax the Destroyer in the films Guardians of the Galaxy, Guardians of the Galaxy Vol. 2 (2017), Avengers: Infinity War, and Avengers: Endgame. He has also appeared in several direct-to-video films since 2009.

According to the reports Batista has an estimated net worth of $16 million. The majority of his earnings are actually his fees for wrestling and from 2012 the professional wrestler also started acting in films so another chunk comes from that. His acting career also helped him to earn a lot of money and it added millions to Dave Batista’s net worth. For Dave Batista Drax’s role in Guardians of the Galaxy, he received an amount of $1.4 Million and $3 million for the Vol 2. For Dave Batista Drax’s roles in Avengers: Infinity War and Avengers: Endgame, he earned an estimated sum of over $4 million. For his role as Mr. Hinx in Spectre, Batista received a sum of $1 million.

Having a supercar is a must for any car addict to complete their collection. At the point when Batista was finishing his collection, he remembered to add the Murcielago. The Murcielago uses a 6.2-liter engine, equipped for putting out 641 horsepower, which can accelerate the vehicle at 0 to 60 mph in 3.4 seconds and a top speed of 205 mph. The car costs around $220,000. Many peoples were concern that Batista could not fit the Lambo because of his huge body, but he proved them wrong by getting inside the car while shooting for an interview.

This iconic car has special space in Dave’s heart. During his WWE carrier, Batista formed a friendship with the late Eddie Guerrero. When Guerrero passed away, Batista in tribute to his friend took his 1964 Chevrolet Impala to a modifier. And got it painted with pictures of Eddie Guerrero. He has also posted pictures of this car on his social media handles at that time. The car after the painting and modification cost him around $54,700.

The most suitable car according to his body type is his Hummer H2 which looks about stunning. After all Big Boy’s Need Big Boy Toys. After realizing the off-roading capabilities of the SUV customer demanded the civilian version. So that General Motors manufactured this SUV in the AM General facility under contract. The Muscular SUV uses a 6.2 L V8 for which it costs about  $70,000.

Everyone needs a car that can provide luxury and performance to the owner so that Batista owns the BMW 7 series. The Actor owns the 2003 BMW 745 which uses a 4.4-liter engine and is capable of pumping out 329 horsepower. The BMW 745 provides a spacious cabin and performance for the price of $72,000.

The Pontiac Firebird is an American automobile that was built and produced by Pontiac from the 1967 to 2002 model years. Batista tweeted about the Pontiac Trans Am. He tweeted, ” 1977 Pontiac Trans Am. My dream car! … the Lunchboxes and stormtrooper helmet are probably a giveaway that it’s mine!” The car has a 3.4-liter V6 engine which produces 160BHp. The Price o Trans AM he owns is near to $100,000.

One of the vehicles that were highlighted in Batista’s meeting with WWE was the Mercedes CLS 500. Considering Batista possessed the SL500, he wouldn’t fret giving the CLS500 to his daughter. It appears to be that the offspring of superstars experience a few advantages. One of those advantages is driving a luxury vehicle, for example, a Mercedes Benz. The CLS was produced until 2004 and the car sits above the E-class but below the S-class. The Mercedes CLS which he owns costs about $120,000.