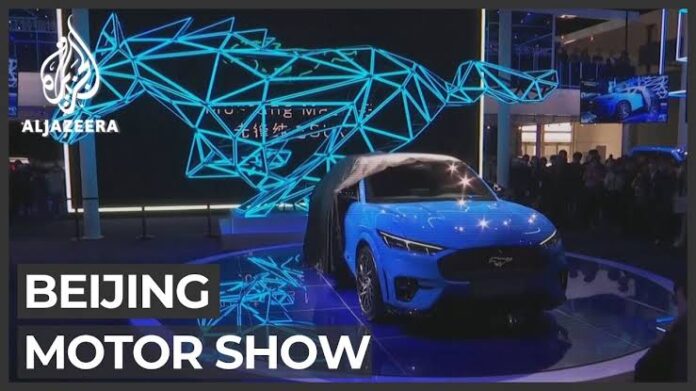 The Beijing Auto Event 2022 has been postponed until further notice, according to the organisers. The show was originally planned to take place in late April 2022. The decision was made in light of the recent rise of COVID-19 cases in China. The number of daily COVID-19 cases in the country has surpassed 28,000 as of April 2022. The organisers have even hinted at the prospect of delaying the show due to COVID-19 towards the end of March 2022.

The alternative dates will be disclosed separately after the situation has been stabilised, according to the organisers. The Auto China Secretariat commented on the development, saying, “We will pay close attention to the development of the epidemic and strive to enhance the event’s organisation and service work according to the requirements of the epidemic prevention and control policy.”

The i7 and long-wheelbase i3 electric cars were expected to make an appearance at the Beijing Auto Show, while the futuristic Volkswagen Aero B concept was also expected to be on exhibit. Because it is still uncertain if the show will be rescheduled for a later date in the year, several businesses who were expected to debut models may opt for the virtual route once again.

While we will have to wait for further information on the Beijing Auto Show, the New York Auto Show will return later this month. The automobile show will take place at the Javits Center in New York City from April 15 to April 24, 2022. The organisers of the Geneva International Motor Exhibition (GIMS) have also confirmed that the show will return next year, in February 2023, following a three-year hiatus. The event will take place in the Palexpo Exposition Centre in Geneva, Switzerland, from February 14 to February 19, 2023.