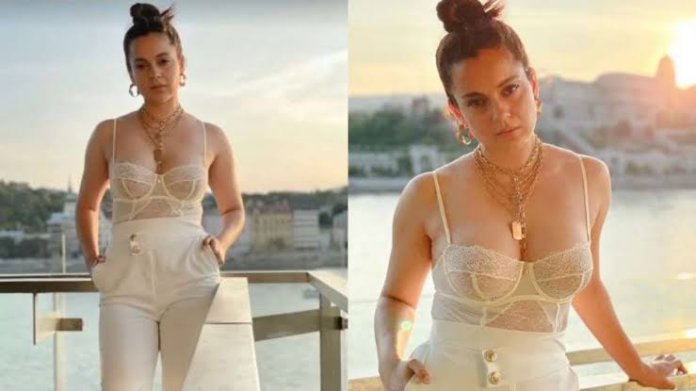 Kangana Ranaut is ruling the Bollywood industry since 2006 and was awarded the Filmfare Award for Best Female Debut. Her movie Queen was a global success and she received a National award for the role in the movie.

Kangana is also awarded Padma Shree the 4th highest civilian award in India. She has been banned by Twitter recently for repeated violations of the platform’s policies on abusive behavior and hateful conduct.

Kangana gifted herself a Mercedes GLE-Class SUV for the success of her movie ‘Judgmental Hai Kya’. The GLE costs close to Rs.1 Crore(Ex-showroom). Kangana has been spotted many times on set or at the airport.

The SUV comes with 2999 cc, 6 Cylinders Inline 4 Turbocharged Petrol Engine. The engine can get you 362 Bhp of max power and 500Nm of torque with AWD. GLE has a driving range of 1135km and can reach the top speed of 250kmph.

Kangana bought this car right after her debut there are many rumors that the actress has got this car as a gift. This White BMW 7-series 730LD costs Rs.1.30 Crore.