Ford Is Launching The F-150 Lightning Truck, In Less Than Two Weeks 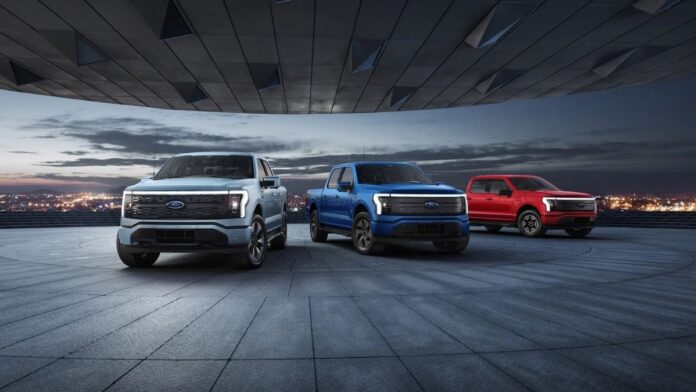 Ford will officially debut the F-150 Lightning on April 26th, though we’re still trying to figure out what they mean by that. Whether it’s the start of manufacturing or the first delivery, it’s a watershed moment for the company and the F-150.

On Twitter, Ford CEO Jim Farley announced the news with the simple comment, “It’s time.” He also included a link to a Ford F-150 Lightning countdown website, which will end on April 26th at 1:30 p.m. Eastern. Ford has stated that manufacturing would begin in the spring of 2022, but has not given a definite date.

Additionally, they’ve stated that all Electric Vehicle Certified dealers would receive a single 2022 model year demo Lightning to show consumers during the same time period. With that in mind, it stands to reason that buyers will not have to wait long to ride the Lightning, even if manufacturing just begins on the 26th.

If you’ve already placed an order for a 2022 F-150 Lightning, Ford says you should receive it before the end of the year, as the company expects to finish the full model year’s manufacturing by late spring. Then, in the fall of this year, they’ll start building trucks for the 2023 model year. The firm will reopen orders at some point between each event. For a lot of consumers who lost out on the Lightning after Ford closed the reservation process in early December of last year, that day can’t arrive fast enough.

Despite putting it to production after the EV beginning, Ford should have no trouble out-producing Rivian in terms of total units during the year. In any case, Ford is well ahead of competitors like as Chevrolet, which will not have the Silverado EV in consumers’ hands until 2024 at the earliest, and RAM, which has a similar timeline for the debut of its electrified truck.

Of course, Tesla is meant to come up with the Cybertruck in between these dates, but after seeing one at the Cyber Rodeo, we think it needs a lot of work if it’s going to be ready in 2023 as promised.