Ford Plans To Split Its EV And IC Engine Businesses 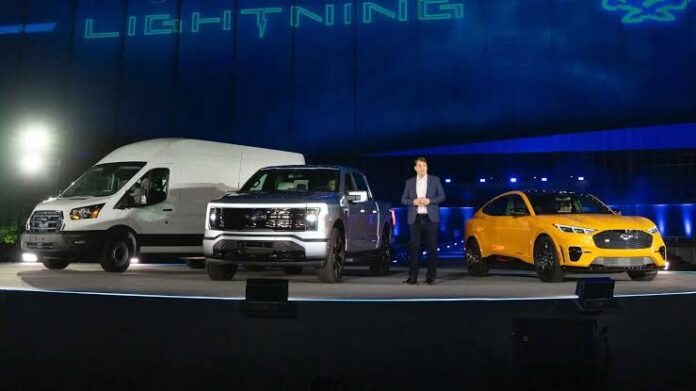 Ford is detaching its electric vehicle division from its internal combustion engine business in the hopes of increasing its stock value. Ford’s Model E will concentrate on electric vehicles as well as software and linked car services. Meanwhile, Ford Blue will be in charge of all ICE vehicle development, with the goal of reducing costs, streamlining processes, and improving quality. The previously formed Ford Pro division will be responsible for commercial vehicles. Ford claims that by separating the corporation, the two sides will be able to play to their own strengths.

In a statement, CEO Jim Farley said, “We’re going all in, creating separate, but complementary businesses. That will give us start-up speed and unbridled innovation in Ford Model E together with Ford Blue’s industrial knowhow, volume and iconic brands, like Bronco, that start-ups can only dream about.” He further added “Running a successful ICE business and the successful BEV business aren’t the same,” he told investors on an earnings call in February. “The customers are different. We think the go-to-market is going to have to be different. The product development process and the kinds of products we develop are different. The procurement supply chains are all different. The talent is different.”

New Roles In Action At Ford

While the two companies will be separate, they will both be owned by Ford and its stockholders, and there will be no separate stock market listing, as had been speculated. Farley will lead the Ford Model E division as president, while Doug Field, the company’s current head of advanced technologies and embedded systems, has been named chief EV and digital systems officer. President of Ford Blue will be Kumar Galhotra, who is currently the head of Americas and International Markets Group. Farley has previously remarked that the work required to design, produce, and sell an EV is vastly different from that required to create, build, and sell an ICE vehicle.

Trending Now:  Why Kia Is So Popular In India ? 5 Things About Kia Motors India

As they prepare for an electrified future and hive off the ‘legacy’ structures that focus on ICE vehicles, manufacturers such as Renault, Volkswagen Group, and Mercedes-Benz have split or are preparing to split divisions.