The Kinetic Group will be launching the electric version of its once-popular moped Luna, according to a regulatory filing by Kinetic Engineering. Kinetic Green Energy & Power Solutions, the company’s sister company, said on Monday that the E-Luna will be available soon.

Kinetic Engineering Ltd (KEL) has begun production of chassis and other assemblies for the Luna’s electric avatar, according to the company. The company created all of the major subassemblies for the E-Luna, including the main chassis, main stand, side stand, and swing arm, and established a dedicated production line with an initial capacity of 5,000 units per month.

“We expect this business to add over Rs 30 crore annually over the next 2-3 years as the volumes of the E-Luna increase. This will also help KEL to boost its presence in the EV segment,” KEL Managing Director Ajinkya Firodia said.

At its peak, the Luna was selling over 2,000 units per day, he said adding, “I am sure it will do very well in its new avatar”.

He further said, “KEL is emerging as a one-stop shop for all the major mechanical subassemblies for electric two and three-wheelers, which have witnessed explosive growth over the past 12 months.” KEL said exactly 50 years ago, it had launched the Luna, then priced at Rs 2,000 “which made it the most efficient, affordable, convenient transportation solution to India”.

The Luna had become a popular moped and touched sales of 2,000 vehicles per day, commanding a 95 percent market share in its category at its peak, the company said.

KEL said all the assemblies will be fully finished, and duly painted in its factory at Ahmednagar. It has also installed a brand new line of over 30 welding machines at an exclusive shop within the plant and invested over Rs 3 crore in upgrading its paint shop and press and fabrication shops. 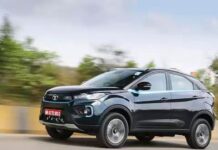