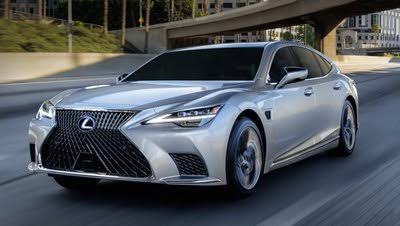 Of course, there are some notable differences in the standard equipment.

The current Lexus LS, which was introduced in 2017, has been one of the benchmark vehicles in the premium sector for the past five years. It is currently in the 2022 model year, with new standard and optional features available across the board. As a result, the hybrid LS 500h, the most powerful version, is more expensive than the previous model year. It’s actually a lot more expensive.

For 2022, Lexus has simplified the trim structure and reduced the number of available items. The 2022 LS 500h is only available with all-wheel drive and is almost completely laden with technologies including Lexus Teammate, a sophisticated driving assistance system, and Lexus Safety System 2.5+. More importantly, technologies such as an adaptive air suspension system, head-up display, and panoramic-view monitor that were previously available only as part of the Luxury Package are now standard.

Lexus took a similar step last year, raising the price of its hybrid vehicle by by $10,000. It was the consequence of “a new simplified package strategy that decreases development complexity while providing visitors with popular specs,” according to the company.

The LS received practically imperceptible external upgrades for the 2022 model year, while more significant enhancements are hidden beneath the skin. A retuned suspension configuration, for example, should provide a more pleasant ride as well as updated spring and damper rates for improved handling. By using redesigned linear solenoids and control valves, the Adaptive Variable Suspension (AVS) was also modified.