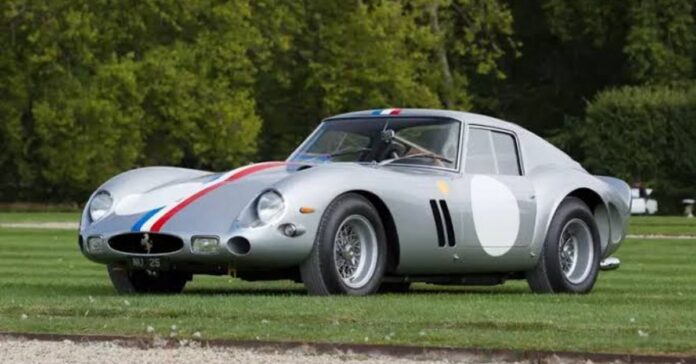 The Most Expensive Ferrari Ever Sold

We said “Prancing Horse” or ‘A Red Supercar’ you already got a clear image of Ferrari in your mind. Ferrari is indeed one of the most popular car brand in the world. After making there first car back in 1940, it took the world by storm. The company was founded by Enzo Ferrari. One of my favourite quote from him says, “If you see what a competitor is doing and it is better than what you are doing, you have to surpass them to ensure your car is better.” This shows how well the brand is set upon values.

The Company have always worked upon their engine to get an edge over rivals. Indeed the exhaust note says it all. In the 81 years of history of sports car making the makers had made extreme beast. Along with the design there price tags are also jaw dropping. This blog is all about the most expensive Ferrari cars ever sold.

1967 Ferrari 275 GTB/4 NART Spyder was powered by 3.3 L Colombo V12 engine coupled with a 5-speed manual transmission. Notably only 10 of these were made. The Los Angeles Times reported, The 275 N.A.R.T. Spider was featured in the 1968 film “The Thomas Crown Affair,”. Do you know what makes the sale more interesting ? The auction house has never disclosed the new owner of this rare sports car.

The Ferrari 275 GTB/C Speciale is a super rare model of the brand. It holds the fourth place in the list with the final selling price of $ 27 Million. This car is powered by a 3.3-liter dry-sump V-12 engine producing out 320 hp. It is coupled with a five-speed manual transaxle gearbox. What make this car a collector’s edition is its exceptional condition.

The Ferrari 290MM Scaglietti Spyder is one of the most iconic model. The 1956 290MM Scaglietti Spyder was auctioned for $ 28 Million. This super rare car was driven by some of Ferrari’s and Formula 1’s greatest racers, including Juan Manuel Fangio, Peter Collins and many more. Only 4 were produced and as of now only 3 are available in pure-stock. That’s enough to understand its rarity.

This car earlier belonged to the family collection of late French racing driver Pierre Bardinon, who died in 2012. The 1957 Ferrari 335 S Spider Scaglietti was Auctioned for Record breaking $ 36 Million. The car has raced in may of the prestigious races since 1957. With a 4.0 L v12 engine it clocked a top speed of 220 Km/H.

In June of 2018, The 1963 Ferrari 250 GTO was sold for $70 Million. This car holds a special place in hearts of enthusiasts. Only 36 were ever made. It was part of all legendary races through 1960s. Earlier in August of 2018, a 1962 GTO from collector Paul Pappalardo was sold to an anonymous buyer. According to a report by Bloomberg in October 2013.