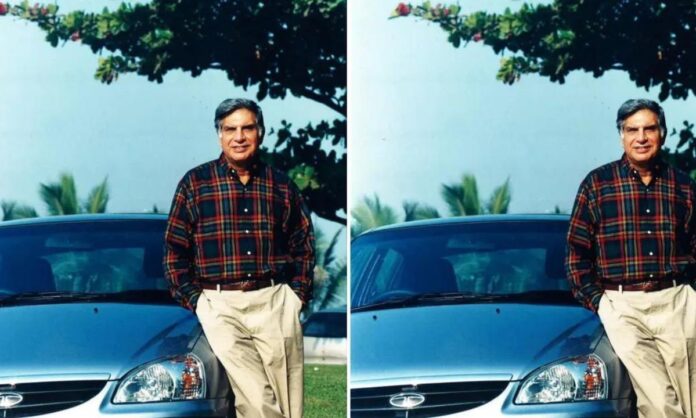 Tata Motors, which presently ranks third in the country, would not be where it is today if Mr. Ratan Tata’s vision and execution had not been realized. Sir Ratan Naval Tata, the Indian billionaire and former chairman of Tata Sons who changed the country with his firm, recently published an Instagram photo of himself with a Tata Indica vehicle.

“25 years ago, the unveiling of the Tata Indica represented the foundation of India’s indigenous passenger vehicle industry,” said Tata Sons Emeritus Ratan Tata, who shared the sentimental photo on Instagram. It brings back happy memories and holds a particular place in my heart.”

The Tata Sons heir is shown standing next to the company’s and the country’s first indigenously produced passenger automobile, the hatchback Indica. Mr. Tata helped his firm bring this automobile from concept to reality, resulting in one of the most significant revolutions in the Indian auto industry.

Sir Ratan Tata stated prior to the car’s unveiling that the Indica will have a large interior and the fuel economy of a diesel vehicle. The Tata Indica proved to be all its previous chairman had promised after its unveiling.

It also had features like air conditioning and motorised windows, which were previously only available in more expensive luxury automobiles. This car distinguished out among the imported foreign passenger automobiles. Indica appeared to be developed exclusively for the country, as opposed to the universally applicable automobiles released in the country before it by global manufacturers.

The one-of-a-kind hatchback Tata Indica was initially unveiled at the 1998 Auto Expo. The Indica drew notice due of its modern appearance. The body was designed by the Italian design firm I.DE.A Institute, while the engine was built in-house. Sir Ratan Tata’s conception resulted in the confluence of these attributes.

He recognized the demands of the country’s customers and set out to create the car that became iconic in India. The Indica looked and felt years ahead of its rivals at the time, the Fiat Uno, Maruti 800, and Maruti Zen. Furthermore, the Tata Indica offers larger storage capacity than the Maruti 800. The interiors, which also feature outstanding finishing and a sensible design, have won many hearts around the country.

Sir Ratan Naval Tata is widely considered as one of the world’s most generous benefactors, in addition to designing some of India’s most famous vehicles. In 1975, he graduated from Cornell University’s College of Architecture with a bachelor’s degree in architecture and a management course from Harvard Business School.

He joined Tata Steel in 1961 and worked on the shop floor. After J. R. D. Tata died, he became chairman of Tata Sons. Tata stepped down in 1991. During his tenure, the Tata Group acquired Tetley, Jaguar Land Rover, and Corus in an effort to turn Tata from a mostly Indian conglomerate into a global enterprise.

Mahindra Scorpio-N User Manual Leaks Ahead Of Launch In India