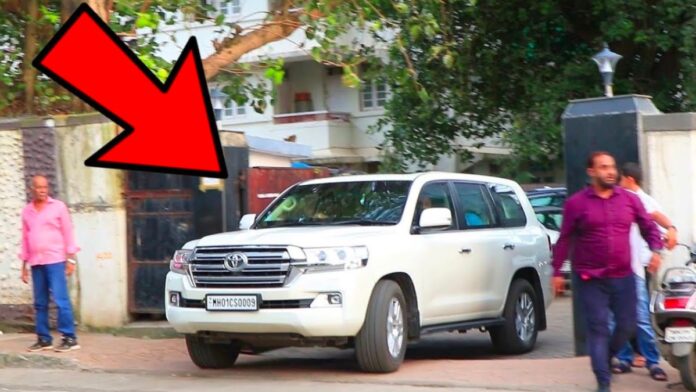 Following a series of threats directed at Salman Khan and his father, Salim Khan, the Bollywood veteran has upgraded his vehicle. Salman Khan mostly commuted in a Toyota Land Cruiser. However, a recent video shows the actor upgrading the car with armor and bulletproof glass.

This is the previous-generation Land Cruiser, not the new one. The video posted by Cars For You shows the new car in all its glory pulling out of Salman Khan’s driveway. Toyota, unlike BMW and Mercedes-Benz, does not sell factory-fitted armored vehicles. However, there are numerous after-sales garages that can assist you with this. Mahindra Armoured Vehicles also provides these services to convert a standard car into a bulletproof vehicle.

Salman Khan’s bulletproof Toyota Land Cruiser is virtually indistinguishable from its non-armored counterpart. If you look closely at the windows, you will notice thick borders, which confirms that they are now bulletproof.

While we are unsure of the specifics of this Toyota Land Cruiser LC200 bulletproof, we have previously seen a similar armored Land Cruiser belonging to a Punjab CM. The windshield glass is significantly thicker than those found in regular cars. The window glasses are held in place by thick cladding, making it easy to identify armored vehicles. Even though the car has power windows, they do not work.

Other Cars Owned By Salman Khan

While Salman Khan is praised for such ordinary moves despite being a superstar in the eyes of his fans, the actor drives a variety of premium luxury cars on a daily basis. Khan’s garage houses a Range Rover Autobiography, an Audi RS7, a Mercedes AMG GLE 63 S, a Mercedes Benz GL-Class, a Mercedes Benz S-Class, a Lexus LX 470, an Audi A8, and a Porsche Cayenne.

The Gypsy appears to have been lifted, and aftermarket mud-terrain tires make it much more capable on off-road stretches. The tires are mounted to deep dish off-road spec rims, which are much stronger than standard wheels and will allow the car to drive on rough roads.

Salman Khan is also known for his philanthropy, and he has given many new cars to members of the industry, including Katrina Kaif.