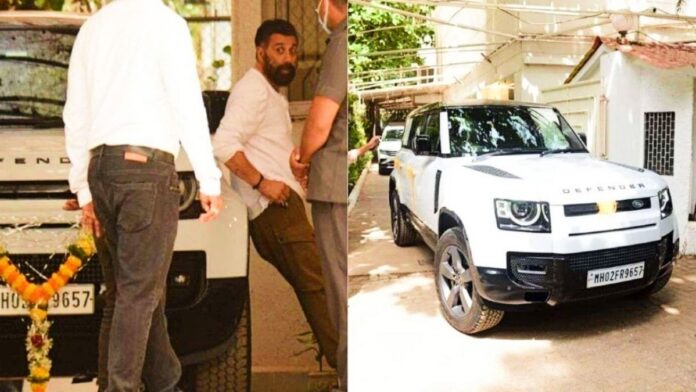 Politicians, celebrities, and business people now have a new favorite vehicle thanks to the Land Rover Defender’s revival. Sunny Deol, a Bollywood star, is the latest owner of the Defender 110, a five-door variant of the renowned SUV.

Sunny Deol has received the white car and has been seen driving it. Surprisingly, the Deol family adores Land Rover Range Rovers and has a variety of vehicles from various years. The new Land Rover Defender 110 appears to be the SUV’s top model. It will set you back more than Rs 1 crore.

The Land Rover Defender is a premium lifestyle luxury SUV that is well-known for its off-road capabilities while also being a true luxury car on the interior. The Defender comes in two body styles: a three-door variant (Defender 90) and a five-door version (Defender 500). (Defender 110).

The Defender comes standard with 8-speed automatic transmission in all variants and engine combinations. The Land Rover Defender is available in a variety of trim levels, with prices ranging from Rs 86.24 lakh to Rs 1.08 crore.

Dharmendra and Deol’s family have amassed an impressive collection of automobiles in their garage throughout the years. Dharmendra owns a collection of high-end vehicles, including several Land Rover Range Rover SUVs, in addition to his first car, a Fiat 1100.

Dharmendra owns vintage cars such as the Mercedes-Benz SL500. While the family’s garage contains numerous luxury vehicles, including a modern-generation S-Class, Bobby Deol, the younger son, is a petrolhead.

Bobby Deol owns several cars, including a Mercedes-Benz S-Class S550, a Porsche 911, and a Porsche Cayenne. Bobby is occasionally seen driving around in the city in his high-performance vehicles.