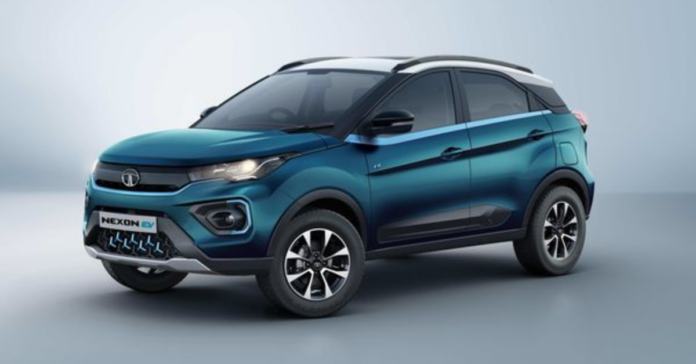 On April 29, 2022, Tata Motors has officially announced the launch of a new worldwide electric vehicle. The Curvv and the Sliq are two new names that the corporation has recently trademarked. The Tata Curvv global EV SUV Coupe concept was unveiled earlier this year. The Tata Sliq is rumoured to be the name of the upcoming Tata electric automobile.

Tata Motors is also expected to reveal the production version of the Altroz EV. Tata is also putting the Nexon EV’s long-range variant to the test in India. The Altroz EV concept was unveiled for the first time at the 2019 Geneva Motor Show. At the 2020 Auto Show, the electric hatchback was also on show.

The Tata Altroz EV looks almost comparable to the normal Altroz with an IC engine, except it has blue accents on the outside and inside. To differentiate itself from the standard model, the new Altroz EV is likely to receive some design alterations.

The Tata Altroz electric vehicle will likely have the same powertrain as the Nexon EV. The Nexon EV has a 30.2kWh battery pack with a permanent magnet AC motor that is IP67 approved. It is expected to have a range of 250-300 kilometres. Fast charging will be available on the vehicle, which will charge the battery to 80% in 60 minutes.

Another possibility is that Tata Motors may reveal an entirely new concept called Tata Sliq. The business may also unveil an improved version of the Nexon EV, which will include a larger battery pack and other technological capabilities. According to reports, the new Tata Nexon Electric would have a larger 40kWh battery pack.

The increased battery pack should provide a range of roughly 400 kilometres. It should have a real-world range of around 300 kilometres. A higher powerful charger will be included with the Tata Nexon EV in 2022. It will almost certainly get a more powerful 6.6kW AC charger.