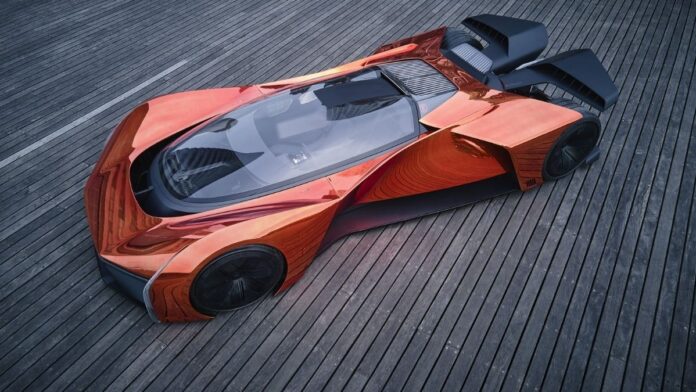 The Team Fordzilla P1 idea was first shown as a virtual racer in 2020, and it was later materialised as a full-scale prototype, although Ford is still working on it. The vehicle’s most recent iteration includes the addition of a one-of-a-kind paint meant to please the gaming community, which was involved in the creation of the P1.

The Fordzilla P1 project’s sixth colour update is reflective orange paint, which replaces the previous neon yellow livery. Ford has stated that it has no intentions to apply this particular paint finish on production vehicles, which is logical given that it would be inappropriate on popular models. The GT supercar, with its exotic design characteristics, would be the only Ford that would appear decent in the reflecting orange.

The distinctive paint was “an experimental procedure we wanted to undertake,” according to Boris Ferko, Team Fordzilla P1 design head, with the hope that players will “enjoy trying to catch themselves in it” due to its extremely reflecting nature. Finally, the colour orange is an homage to the Netherlands, where the concept will be shown for the first time.

The modified Team Fordzilla P1 will make its first public appearance at a special event sponsored by Ford and Racesquare in Alkmaar, Netherlands. Gamers who visit the event will have the opportunity to witness the idea in person and sit inside the cabin.

With the inclusion of an HP Z4 Workstation with an Nvidia RTX A6000 48 GB graphics card and an HP Reverb G2 VR Headset last year, the concept was evolved into a gaming simulator and livestreaming platform.