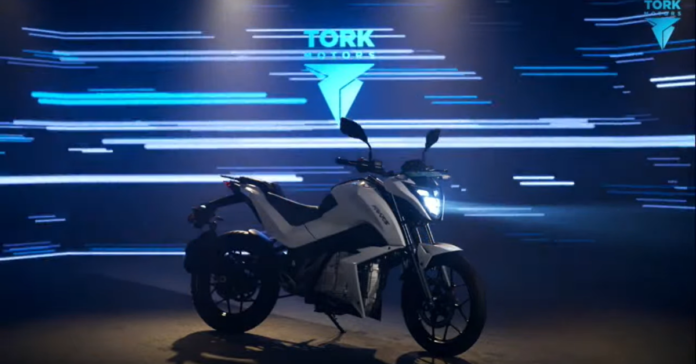 Tork Motors, a Pune-based EV maker, has finally begun manufacturing of its Kratos electric motorcycle. The motorbike was initially introduced in January of this year, and the first e-bikes have now been delivered. According to a recent statement from the company, it plans to build 500 units per month, with deliveries expected to begin later this month. In addition, the firm has announced the opening of a new micro-manufacturing facility. Not to mention, Tork Motors will initially concentrate on its home city.

The Standard and the R are the two models of electric motorcycles available. Between April 2, 2022, and April 5, 2022, Kratos R appeared at the “Pune Alternate Fuel Conclave.” “Our present emphasis is Pune city,” Kapil Shelke stated at the occasion, “and the first set of motorcycles will be delivered in April 2022.” Today is a watershed moment in India’s electric motorbike history, when India’s first electric motorcycle is unveiled on the streets of Pune.”

Both electric vehicles will be equipped with an Axial Flux Motor and a TIROS (Operating System) as well as a completely digital dashboard with a 4-way joystick for navigation and control. Kratos has four modes, according to Tork: Eco, City, Sports, and Reverse. T-Net Charging will be available for two years on the Kratos Standard and R, as well as a three-year battery warranty and a three-year vehicle warranty.