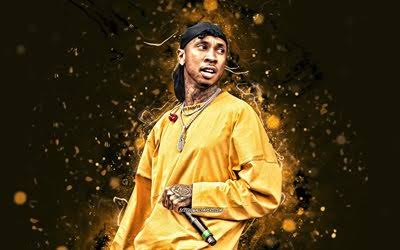 Micheal Ray Nguyen-Stevenson, known professionally by his stage name Tyga, is an American rapper. After a number of independent releases, Tyga signed a recording contract with Young Money Entertainment, Cash Money Records and Republic Records in 2008.

His major label debut Careless World: Rise of the Last King was released in 2011 and included the successful singles “Rack City”, “Faded” (featuring Lil Wayne), “Far Away” (featuring Chris Richardson), “Still Got It” (featuring Drake), and “Make It Nasty”. The album’s success was followed up with Hotel California (2013) and Fan of a Fan: The Album (2015), in collaboration with singer Chris Brown.

The first car in his car collection is Lamborghini Aventador S Custom which he further customized at RDB LA. He owns this car in Black & Orange colour shade which looks insane. The approximate cost of the car is $450,000.

The next supercar in his car collection is Ferrari 812 superfast. However, he didn’t customize this car, owns in standard conditions only. The approximate cost of the car is $350,000.

Tyga owns this super expensive Rolls Royce Cullinan Black Badge. As this is black badge the car has black colour. The cost of the car is $450,000.

This is another super lush SUV in his car fleet. He owns this car in cool navy blue colour. The cost of the car is $200,000.

He also owns the crazy Hypercar Buggati Veyron, this is among the most expensive cars in his collection. The cost of his Bugatti Veyron is almost $ 2 million. He has his Buggati in Red colour which looks unique.