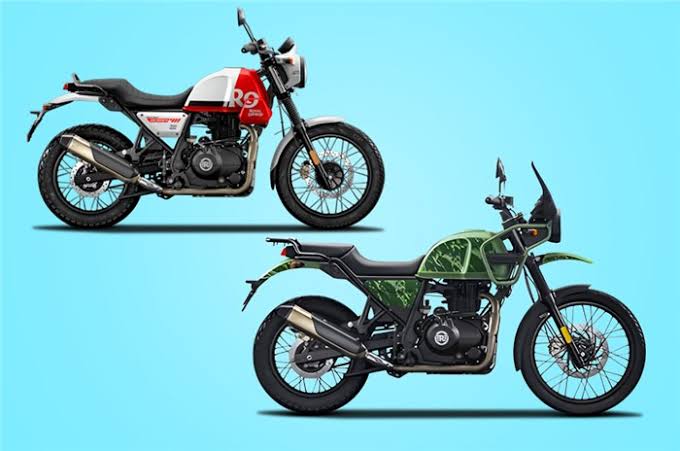 When compared to other standard bikes on the market, adventure bikes in the Indian market are now attracting a fair number of buyers and offer better capabilities and strong looks. As the trend grows stronger, a number of bike manufacturers have already launched many adventure bikes in India, and here are the top new upcoming adventure bikes that are soon expected to hit Indian showrooms.

The new Royal Enfield Himalayan 450 is one of the most anticipated adventure bikes in India right now, and it is expected to be powered by a new 450cc engine. This adventure bike’s test mules have been spotted on multiple occasions, revealing numerous details about the bike, including the new trellis frame on which the bike is based.

The current Hero Xpulse 200 has received a positive response from buyers in India, and it comes with an affordable VFM package. The brand is expected to expand the Xpulse line-up in the country with the release of the Xpulse 400, which will not only have a larger engine but will also have improved capabilities. It will reportedly use a new 421 cc engine and will be available in H2 2023.

While more information is not yet available, we anticipate the Xpulse 400 to have a lightweight frame and a small footprint. Furthermore, the bike will retain its VFM price tag, making it a strong competitor to other bikes in the segment.

The new TVS 310 ADV, which is expected to be based on the BMW G310 GS, is set to make its Indian debut next year. This bike will not only have the same underpinnings as the BMW G310GS, but it will also have similar mechanical components. According to what we know so far, this new bike will be powered by the same 312.2 cc firecracker single-cylinder engine that produces 33.52 bhp and 27.3 Nm of torque.

This engine will be mated to a six-speed transmission and will deliver a powerful and refined performance. TVS is expected to arrive in India by the middle of 2023.

The Zontes 350T has an aggressive appearance and is a sports tourer with the distinct appeal. It will be available with a five-inch, full-color TFT dash, LED headlamps with DRLs, a tall windscreen, sporty tubeless spoked wheels, and other features. It is powered by a 348cc liquid-cooled, single-cylinder engine producing approximately 38 hp and 32 Nm.

With the Moto Morini X-Cape, Moto Morini hopes to attract customers looking for a middleweight Adv. It will be available in two variants: a standard one and an off-road focused X variant. The Moto Morini X-Cape 650X is powered by a 650 cc parallel twin-cylinder engine that produces around 60 hp. All four 650cc motorcycles are going on sale in next month.

Kawasaki To Launch A New Bike In India On Sep 25