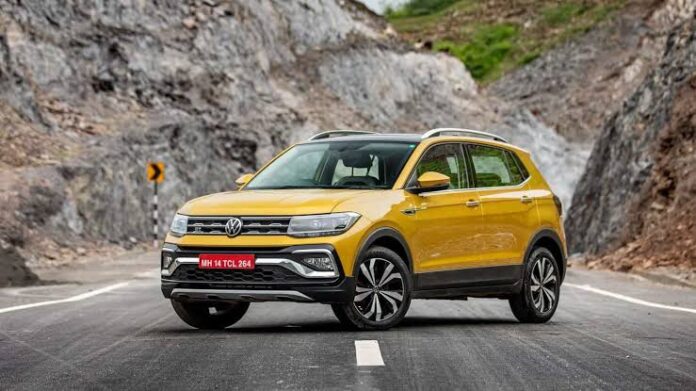 Last year, Volkswagen India released the Taigun, an all-new compact SUV. In this sector, automobiles like the Hyundai Creta, Skoda Kushaq, and Kia Seltos compete. The Taigun SUV now boasts two new features from Volkswagen. Idle Start/Stop and a Tyre Pressure Monitoring System (TPMS) are now standard features across the SUV lineup. Taigun’s pricing has increased somewhat as a result of the incorporation of additional features. Volkswagen’s Taigun is a significant model since it is the company’s first product under the India 2.0 strategy. It’s built on the MQB A0 IN platform, which also underpins the Skoda Kushaq, Skoda Slavia, and the future Volkswagen Virtus.

Also Read : Volkswagen Virtus to be launched in India on 9 June

The Volkswagen Taigun’s new pricing will take effect on May 2, 2022. The fuel efficiency of the 1.0 litre TSI manual version of the automobile has improved after the addition of additional features such as the Idle Start/Stop system, and it now returns 19.20 kmpl, while the automatic gearbox claims to deliver 17.23 kmpl. Ashish Gupta, Brand Director, Volkswagen Passenger Cars India, remarked at the ceremony, “At Volkswagen, our priority is to offer our customers a comprehensive and value for money proposition. With these product enhancements on the Volkswagen Taigun, it will offer our customers added comfort, improved fuel efficiency and a heightened drive experience.”

The Volkswagen Taigun has seen a four percent price rise. Volkswagen has hiked the price by much to Rs 45,700 depending on the version. In 2020, the Volkswagen Taigun was unveiled to the public for the first time at the Auto Expo. It was an idea that was quite close to the final outcome.

The design of the Taigun is comparable to that of the other automobiles in the family. There are many straight lines, giving it a strong, boxy shape and a luxury appearance. At the front, the car has a trademark Volkswagen grille that extends to meet the headlamps, which are also part of the front grille. In the top-end variant, LED headlights are offered. On the grille, there is a good quantity of chrome. The Volkswagen Taigun comes with a muscular yet premium looking bumper with integrated fog lamps in it.