HomeCarVolkswagen Virtus to be launched in India on 9 June
CarNews

Volkswagen Virtus to be launched in India on 9 June 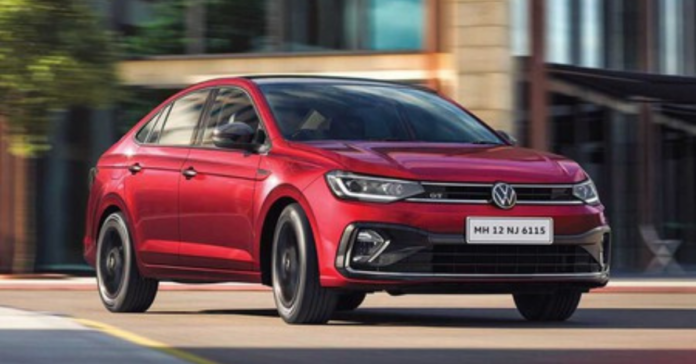 On June 9, 2022, the long-awaited new Volkswagen Virtus mid-sized car will finally hit the Indian market. The new model’s production has already begun at the company’s manufacturing plant in Aurangabad, Maharashtra. Pre-orders for the new model can be made online or at a Volkswagen dealership.

It’s built on the MQB AO IN platform from the Volkswagen Group, which also underlies the new Taigun mid-size car. It will compete with the Honda City, Hyundai Verna, Maruti Suzuki Ciaz, and Skoda Slavia when it debuts. It’s estimated to cost anything between Rs 10.5 lakh to Rs 18 lakh. The new Volkswagen Virtus sedan will take the place of the Vento sedan, which was recently phased out of production. The new Virtus has a wheelbase of 2,651mm and measures 4,561mm long, 1,752mm wide, and 1,507mm height. The new model will also have a 521-litre cargo space.