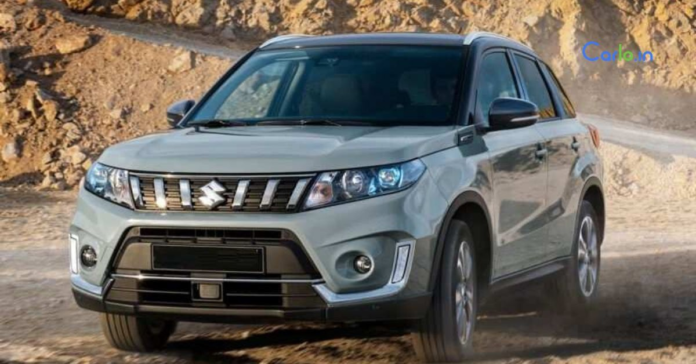 The Maruti Brezza has made waves in India since it is the first Maruti Suzuki model to include a factory-installed electric sunroof. It’s possible that we’ll see it in person shortly. According to our sources, the Maruti Brezza 2022 would be released as early as June. We’d seen some photographs of it before, and the production-spec variant appeared to be complete. Maruti has previously introduced the new-generation Baleno, as well as extensively updated versions of the Ertiga and XL6, as well as a small facelift for the WagonR. To combat market rivalry, Maruti is introducing new models for many of its popular goods this year. Let’s take a look at what the tiny SUV has to offer.

The new model will be unveiled in the second week of June this year (2022), with a strong likelihood of it being on June 15. While the compact SUV’s overall silhouette is nearly identical to the existing model, as is the case with almost all facelifted versions, there are a few notable differences that assist distinguish the facelifted model. This includes, among other things, a sharper and more modern-looking headlamp cluster with LED DRLs, a redesigned front grille with chrome insert, a new front bumper, sleek LED taillamps, the ‘Brezza’ moniker on the boot, an integrated roof spoiler, roof rails, alloy wheels, and the much-discussed electric sunroof.

As indicated in the photographs above, there will be numerous alterations on the interior. Although the digital instrument cluster is similar to the current model, the free-standing touchscreen infotainment display is new, and there will be a slew of connected car tech features, including smartphone connectivity, a multi-purpose steering wheel, a slightly redesigned dashboard layout, automatic climate control, cruise control, voice commands, and a slew of other modern comforts and convenience features.

The same 1.5-litre petrol engine that powers the current-generation Maruti Brezza is likely to power the 2022 model. The top power and torque of this engine are 105 horsepower and 138 Nm, respectively. It will be available with a 5-speed manual transmission or a 4-speed torque converter automatic transmission. Maruti may also include Smart Hybrid Technology to improve fuel economy. Moreover, according to various rumours, Maruti intends to reintroduce the diesel engine with the new Brezza. However, there is no official confirmation of this, and our best bet is that Maruti will continue to avoid diesel engines in favour of a CNG alternative for the new SUV.