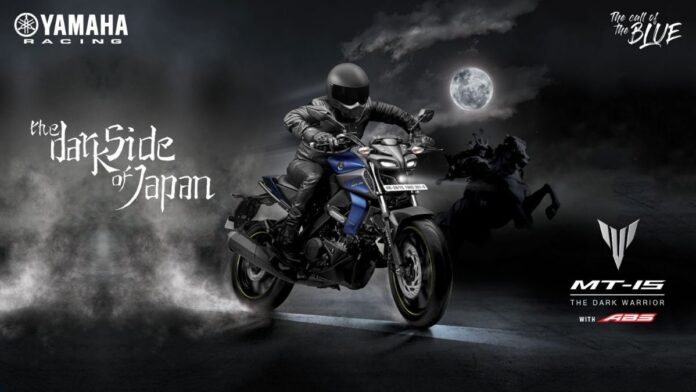 On April 11th, 2022, Yamaha will launch the redesigned 2022 Yamaha MT-15 in India. Unofficial pre-orders for it have begun to be accepted at a few dealerships across the country. In terms of aesthetics as well as mechanicals, the new motorcycle – the MT-15 version 2.0 – will differ significantly from the old model (which was withdrawn at the beginning of this year).

The MT-15 v2 is scheduled to receive the same cycle parts as the YZF-R14 v4 Yamaha. A pair of USD front forks (golden finish), a monocross link-type rear suspension (monoshock), and a Bluetooth-enabled LCD instrument dashboard would be included. On both wheels, a single disc braking system will be used (282mm front and 220mm rear).

The single-channel ABS system on the new MT-15 will most likely be replaced with a dual-channel system. The motorcycle’s main appearance isn’t expected to change significantly, but new livery and colour options will be available. The upright riding ergonomics will remain unchanged, and the ride and handling balance will most likely remain unchanged from the previous model.

This engine offers optimal power across the rpm range thanks to VVA (Variable Valves Actuation). This, combined with the MT-15 v2’s small weight, could result in a remarkable performance. Traction control and a quickshifter might be available as well, possibly on higher trim levels.

Yamaha MT-15 version 2.0 is predicted to be substantially more expensive than the previous edition due to all of the added capabilities. According to our dealer sources, the new model would cost roughly Rs. 10,000 to Rs. 17,000 more. In India, the MT-15 v2 will have no direct opponents when it debuts, while the KTM 125 Duke and TVS Apache RTR 160 4V will be its closest competitors.

Best Routes And Places For Biking In India