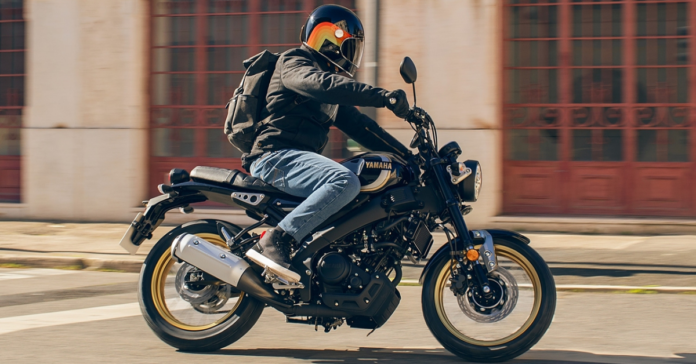 Yamaha just unveiled the Legacy Edition model, which is an improved version of the XSR125. In June of this year, the updated bike will be available in the United Kingdom. Last year, the XSR 125 was released in Europe, and it is based on the MT-125, which is a street-legal motorcycle. It may be discouraging for Indian bike fans to learn that the bike will not be seen on Indian roads anytime soon. The new Legacy Edition of the XSR 125 is more visually appealing than the previous model.

New colour schemes, wire-spoked wheels with gold-painted rims, and Metzeler Karoo tyres are all available for the Yamaha XSR 125 in 2022. Black alloy wheels were standard on the previous model. The gasoline tank now has a golden-colored stripe with Yamaha branding that matches the gloss black paint flawlessly. Apart from that, all of the other stylistic features have been carried over from the predecessor.

This new-retro roadster is built on a Deltabox-style beam frame and incorporates sophisticated technologies adopted from the XSR155, such as all-LED lighting and a completely digital, blue-backlit, circular instrument panel. Yamaha is also planning a host of accessories for the new XSR 125, including a pricey Akrapovic exhaust, a tank pad, displays, and other add-ons.

In terms of mechanical specifications, the Yamaha XSR125 is powered by a 125cc single-cylinder liquid-cooled engine, which is also found in the MT-125. This engine produces 14.8 bhp at 10,000 rpm and 11.5 Nm of peak torque at 8000 rpm and is connected to a 6-speed transmission.

The bike’s braking and suspension responsibilities are handled by 37mm upside-down forks in the front and a mono-shock at the back. While disc brakes are assigned to the braking duties on both ends, the ABS system is included as standard.