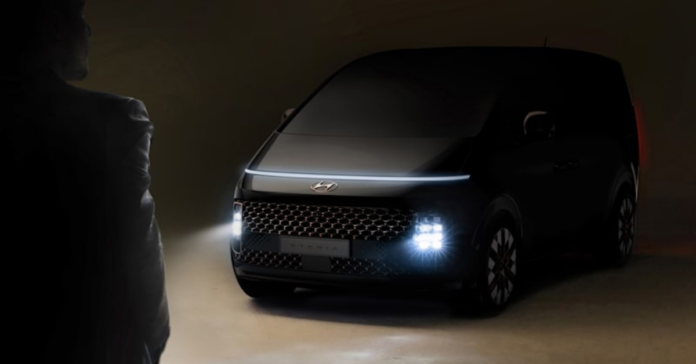 Hyundai introduced the MPV Staria in 2021, and it quickly proved popular with a wide range of customers. The firm has now debuted the “Lounge Limousine,” a high-end variation. Because of its sophisticated features and big interior, this is a premium option. A large 25-inch infotainment screen, as well as a full complement of multimedia capabilities including smartphone mirroring, HDMI and USB connections, and HD digital multimedia transmission, are the most striking features of the new model.

Like the Staria MPV Camper, the Lounge Limousine boasts starry sky lights on the roof as well as an air purifier. Additional LEDs are installed in the second and third rows, making the cabin cosier and more inviting when combined with the starry skylights. Because it is a luxury car, the MPV has electric power steering and suspension for a more luxurious ride. Additionally, extra noise-deadening material has been installed throughout the vehicle to ensure that the passengers have a calm ride.

The Hyundai Staria is available with nine or seven seats, and both models include a moveable centre console and a built-in table. Cup holders and a Type-C USB port are included with the console. When the sliding door is opened, side stairs matching to the middle row of seats automatically deploy from beneath the car, making entry and leave easier. Apart from that, the limousine edition is distinguished by dual-tone alloy wheels.

The cabin has a standard grey finish for both the creamy-white and black pearl paint colours. Three engine options are offered for the Hyundai Staria MPV. The Smartstream G3.5 MPi 3470cc V6 petrol engine, which produces 268 horsepower and 331 Nm of torque, is the most powerful. The second is the LPG Smartstream L3.5 LPi, a 3470cc V6 with 237 horsepower and 310 torque. Last but not least, there’s the R II 2.2 CRDi 2199 cc I4 diesel, which produces 175 horsepower and 431 Nm of torque. All engines come with an 8-speed automatic transmission, with a 6-speed manual transmission available for the diesel engine.