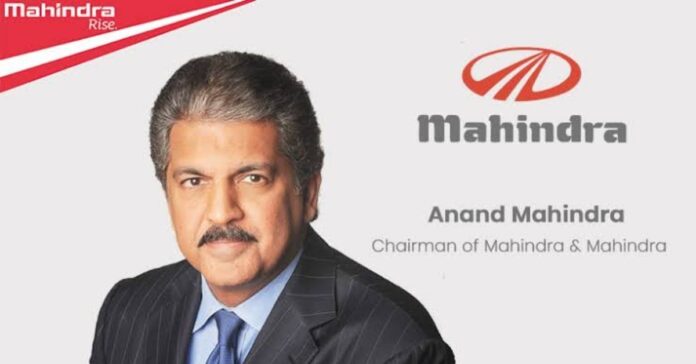 Anand Mahindra is one of the most successful business tycoon of India. He is the chairman of Mahindra and Mahindra group. His company is well known for making great cars covering moreover all segments in the market. But have you ever wondered what cars he personally own in his collection ? he is the most humble person in the industry and so are his cars. Anand Mahindra also like to name his cars. So let’s have a look.

The first car Anand Mahindra brought was Mahindra Bolero Invader. In the early days Anand Sir used to travel by it. It was a powerful SUV at an affordable price. It was a 3-door off-roader powered by a 2.5-litre diesel engine. The SUV was priced for 4.89 Lakh INR back then.

When launched, Mahindra Scorpio was an instant hit. It was also well known for its unique style and capabilities. The Mahindra Scorpio was the very first global product of the company. It had all the features one would love to have in the SUV. Anand Mahindra bought the old generation Scorpio, it was priced around Rs. 5.5 Lakhs.

Another great SUV made by Mahindra and Mahindra, interestingly It is the first car based on monocoque chassis the company has produced. It was launched in 2011 and recieved an amazing response. The popular XUV 500 is a 7 seat SUV starting for Rs. 12 Lakhs. The next generation of XUV 500 is named as XUV 700 and will be launched soon.

Anand Mahindra got himself a heavily customised Mahindra TUV 300 in 2015. It got a new body kit all painted in battle green colour. In fact, Sir Anand Mahindra named it green monster. TUV300 is powered by a 1.5-litre ‘mHawk 100’ diesel engine. Notably with all the modification it costed him Rs. 12 lakh then.

Though it is the best car mahindra made, G4 is most underrated car from Mahindra. It is the flagship model of the company. It offers not only power but also a touch of luxury. The Alturas G4 is powered by a 2.2-litre engine. Sir Anand Mahindra got his Alturas G4 delivered in 2019.