On Day 2 of Auto Expo 2023, MG India displayed the Euniq 7, a hydrogen fuel cell MPV. The Euniq 7, a fuel-cell derivative of the Maxus G20 sold internationally, claims a range of up to 605 kilometres with the only byproduct being water (H2O).

The MPV shares the Gloster’s front end, which features a large and imposing grille flanked by sleek LED headlamps. The show car was finished in dual-tone paint, with blue on the lower half of the MPV and white on the upper half. The sliding rear doors on the flat profile. The familiar tail lamp setup is integrated into an upright rear tailboard at the back.

The Euniq 7 seats seven people in a 2+2+3 configuration. Then, in the middle row, there are luxurious captain seats. The dashboard appears to be both modern and traditional. A panoramic sunroof, an all-digital driver’s display, electronic parking brakes, and electronically-operated rear doors and tailgate are among the features available.

MG India is unlikely to launch the Euniq 7 in India, but this demonstrates its capability of yet another powertrain — petrol, diesel, electric, and now fuel cell.

Stay tuned to Autobizz for all the latest updates from the Auto Expo 2023. 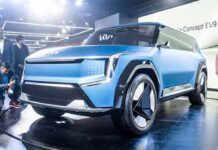 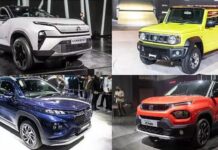 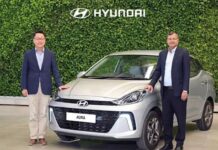