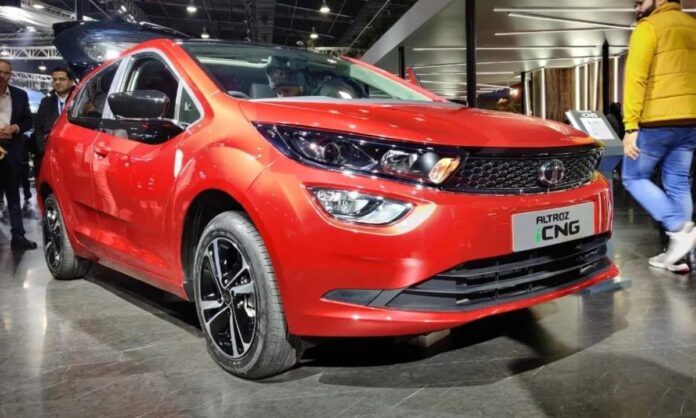 Tata Motors also displayed the CNG-powered variations of its well-known compact models, Punch and Altroz, alongside the starry debuts like Harrier EV, Curvv ICE concept, Sierra EV, and Avinya EV concept. The Punch CNG and Altroz CNG will be sold in India later this year, according to Tata Motors. With the addition of these two models, Tata Motors’ i-CNG vehicle lineup in India has grown. Prior models in the lineup included the Tiago i-CNG and Tigor i-CNG. Both the Punch CNG and Altroz CNG will come with a factory-fitted CNG kit, similar to the previous i-CNG offerings, but in a completely different configuration.

The 1.2-liter three-cylinder naturally-aspirated petrol engine in the Punch CNG and Altroz CNG will come with a factory-fitted CNG kit, but as of right now, it has only been shown off with the 5-speed manual transmission. The powerplant in both vehicles claims 77 bhp of power and 97 Nm of torque in their CNG versions, which is less than the 86 bhp and 113 Nm of torque in their normal petrol counterparts. Like the Tiago CNG and Tigor CNG, the Punch CNG and Altroz CNG may be started instantly in CNG mode.

A new dual-cylinder arrangement for storing CNG has been added to both of these recently announced cars and has been relocated under the boot. It is impossible for one large CNG tank to occupy the entire boot space since both of these tanks, which each have a storage capacity of 30 litres, are positioned beneath the floor of the boot. Tata Motors has made sure that the boot compartment in both of these cars can be used realistically, exactly like in their gasoline-powered versions, thanks to this innovative design.

Not any Change in Cabin

With the exception of the i-CNG badge on their boot lids, neither the Punch CNG nor the Altroz CNG differs from their petrol-powered equivalents in terms of the exterior or inside. Both of these cars are decently furnished with features like a voice-activated sunroof, a digital instrument panel, a 7-inch touchscreen infotainment system with Apple CarPlay and Android Auto, halogen projector headlamps, 16-inch alloy wheels, a push start-stop button, and halogen projector headlamps. Additional options for the Altroz CNG include leather upholstery, rear AC vents, a rear armrest, and an adjustable driver’s seat.

The Tata Punch CNG is a unique offering in the niche market for CNG-powered sub-compact SUVs, while the Tata Altroz CNG will directly compete with rivals like the Maruti Suzuki Baleno CNG and Toyota Glanza CNG. Both of these versions, which will soon be available for purchase, will bring more adaptability to their current petrol-powered equivalents.

All About Maruti Suzuki ArenaVerse You Need To Know