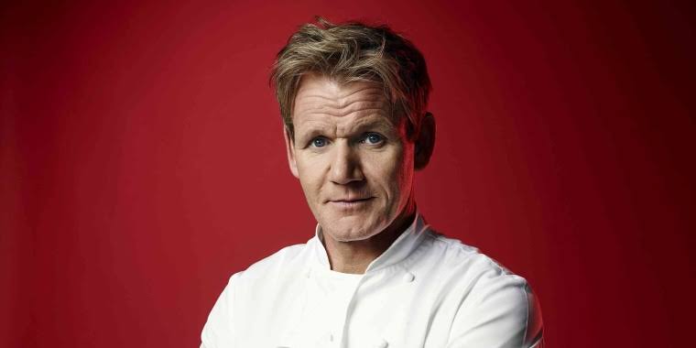 Famous Chef and Television Personality Gordon Ramsay owns 11 Ferraris in total including classics like F355 GTS and 550 Maranello as well as modern supercars like 458 Italia, 488 GTB and a super rare LaFerrari Aperta.

Gordon James Ramsay is a British Chef, writer, television personality and restaurateur. He found his global restaurant group, ‘Gordon Ramsay Restaurants‘ in 1997. He is one of the most influential and one of the best-known chefs in the UK. Gordon is also known for presenting TV programmes about cookery and food like Hell’s Kitchen, The F Word, MasterChef, MasterChef Junior, etc.

In 2020, Forbes estimated Ramsay’s annual income at $70 Million Dollars. That’s less than other celebrities that we’ve covered. But it is enough for him to fund his car passion. This time we will see the Ferraris that he owns:-

Gordon owns many Ferraris and this one is the oldest of them. The car gets power from a 3.5-litre V8 engine. It makes 375 horsepower and 363 Nm of torque. The car can go from nought to 100 kmph in 4.7 seconds and has a top speed of 295 kmph. It is still a bit slow comparing to the modern Ferraris that Gordon owns.

If Getting a Ferrari as a present is already like a cake, then getting one from your wife is like putting a cherry on the top. As the reports suggest, this 550 Maranello was given to Gordon by his wife, Tana after winning his third Michelin Star. The car comes with a 5.5-litre V12 engine producing 478 horsepower and 568 Nm of torque. It can go from 0 to 100 kmph in 4.4 seconds.

Being the official car for the Ferrari Challenge race series, the F430 is a very capable car. The Scuderia Model gets the same 4.3-litre engine as the standard 430 but with 503 horsepower and 471 Nm of torque, sufficient to reach from 0 to 100 kmph in 3.6 seconds. It gets a top speed of more than 319 kmph. It was aimed to compete with Porsche 911 GT3 RS and Lamborghini Gallardo Superleggera.

Being an Open-top version of regular LaFerrari, it was manufactured in limited numbers. One of those sits in Gordon’s garage. It came with a carbon fibre hardtop and removable canvas soft top. It gets the same specifications as the regular LaFerrari but is slower than the regular one.

With aggressive looks to match its performance, the Ferrari F12TDF is one of the best Ferraris in Ramsay’s collection. The name is for paying homage to the ‘Tour De France’ automobile race. With 769 horsepower and 705 Nm of torque from its 6.3 litre V12 engine, this car can acclerate from 0 to 100 kmph in 2.9 seconds. Its top speed is claimed to be more than 340 kmph, enough for Gordon straight outta Hell’s kitchen.

Gordon is no stranger to owning limited production Ferraris. The Monza SP2 is also one of them. The car comes with the powerful 6.5 litre V12 engine generating 800 horsepower and 720 Nm of torque. It can go from 0-100 kmph in 2.9 seconds.

Gordon likes the ‘Ferrari California T’ model so much that he owns three of them. The car gets a 3.9-litre twin-turbo V8 engine producing 553 horsepower and 755 Nm of torque. It can go from nought to 100 kmph in about 3.6 seconds. Its top speed is limited to 315 kmph. It is the first Ferrari to debut with Apple CarPlay functionality. The cars owned by Ramsey are coloured in Blue, Red and Grey respectively.

Gordon Ramsay also owns a red Ferrari Portofino, a grand-touring sports car produced by Ferrari. It succeeds the California T model. The car generates 592 horsepower from its 3.9-litre twin-turbo V8 engine capable to deliver 760 Nm of torque. It can accelerate from 0-100 kmph in 3.5 seconds and has a drag coefficient of 0.312.

The Red 458 Italia owned by Gordon is one of the sleek and stylish looking Ferraris. It replaced the F430 in the company’s lineup. The engine powering the car is 4.5 litre V8, capable to deliver 562 horsepower and 540 Nm of torque. It can go from nought to 60 in 3.4 seconds.

Given the crown of ‘Supercar of The Year 2015’ by Top Gear and 2017’s ‘Best Driver’s Car’ by Motor Trend, the 488 GTB is another great addition to the garage of Gordon Ramsay. It is powered by a 3.9 twin-turbo V8 engine which makes 661 horsepower and 760 Nm of torque. Its speed tops at 330 kmph and it can reach from 0-100 kmph in 3.0 seconds. Gordon also did a test drive of one of the first production units that left Ferrari’s Maranello Factory.