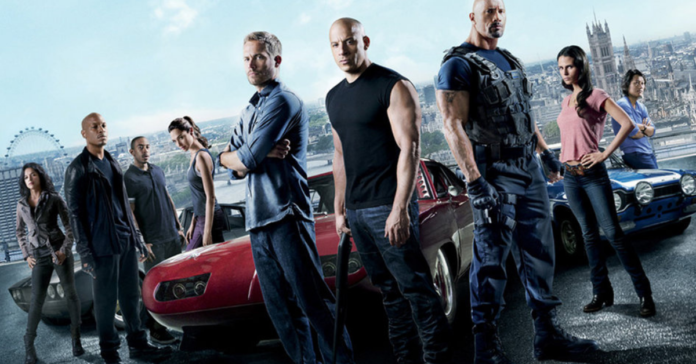 This Show is officially hosted by Supercar blondie i.e. Alex and Sergi Alex’s crewmate. They basically make videos on the car comparison of two superhits Hollywood Stars with the same Categories. And compare who has the best car collection. They post a video every Wednesday and this time we have two legends.

Best Cars in Fast and The Furious

The First car on the Fast and Furious car collection is the Ferrari. This car was seen in the scene of fast 5 starts where Domenic Torreto call up all his crew and this car was with Tej. These cars are super rare and Ferrari has built 30 cars in total, adding one special edition to the 29 cars that were originally planned. The original 29 cars have all been sold to pre-selected past Ferrari customers.

The LFA is the best-sounding car in the collection. The car was in the last scene of Fast 5 with Han and Gisele driving on the highway after a superb mission. The LFA is considered to be the best sounding car ever made with its triple exhaust system and revving up to 8,700 rpm. The car has an emotion when you start it, screaming of the V10 gives goosebumps.

This might be the best car of the Fast collection. This car was shown as a nightmare in the fast and furious 5 movies, where Owen Shaw and his crew member take out all of the black BMWs in a car chase by flipping all of them in the tunnel. That scene was painful though.

Fast and Furious Tokyo drift is the best movie depicting the Underground drift seen in Japan adding dope cars to the car collection. This was the epic car in fast and furious Tokyo drift by the looks of it, driven by Twinkie who was Shawn’s best friend. It’s basically a Volkswagen Touran pimped out in Hulk green with Hulk fist on the doors. This car actually looked dope in the Movie while both guys enter the underground car race scene.

Back in the days, there were only five of these CCX made. From which were the two cars taken for the scene. These cars are shown in the ending scene of Fast and furious 5 where every one of them became a millionaire after the mission and the car was bought by Tej and Roman in the movie. These cars cost millions, produced 1000 Bhp. Which makes CCX the Most expensive car in the collection.

” Money will come and go, but the most important thing in life is the people in the room, right here right now”

This car was specially made for the fast 8 movie driven by Vin Diesel at the end, which produced over 2000hp with an EMP fitted at the back and this car was the best in the whole movie. The car is considered the worst boy car of the whole Fast and Furious car collection.

Imagine a car costing millions of dollars flying from three buildings of Dubai. This car had an epic scene in a fast and furious series where Brian and Dom enter the safe vault and rob the car, making it jump from one building to another. These cars are also limited in number and the car used in the movie has been showcased in W Motors Showroom.

Read more:- Car Collection Of Will Smith | Will Smith Cars From Ghost to 65 Mustang