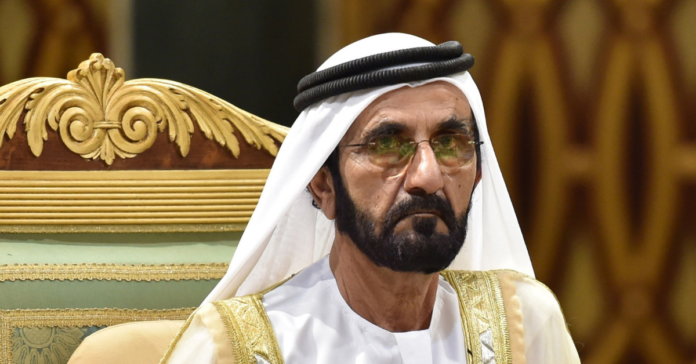 Sheikh Mohammed bin Rashid Al Maktoum is the Vice President and Prime Minister of the United Arab Emirates (UAE), its Minister of Defence, and ruler of the Emirate of Dubai from 2006. Dubai king Sheikh Mohammed bin Rashid Al Maktoum was known for his lavish and luxurious lifestyle. Car collection is one of his area of lavish and luxurious life. Dubai king car collection is full of the most expensive cars in the world. Most are special editions and customized.

Apart from his political background, he is highly educated. He attended the Bell Educational Trust’s English Language School in the United Kingdom. He subsequently studied at the Mons Officer Cadet School in Aldershot (which later became a part of Sandhurst), passing out with the sword of honor as the top Commonwealth student. He also traveled to Italy to train as a pilot.

His all collection cars are specially have number plate with no. 1 which cost him more than car price.!! He is the king !

King of Dubai is seen many times traveling in his Mercedes AMG G63. He does not own only one G63 but owns more than 20 Mercedes AMG G63. Mercedes-Benz G63 AMG is one of the massive and looking cars from Mercedes-Benz. It has a seating capacity of 4. The Mercedes-Benz G63 AMG comes as 8 cylinders 4. lit. V8 petrol engine producing 585 BHP along with automatic transmission. It accelerates 0-100 kmph in 3.9 Seconds. The top speed of the car is 220 kmph. It costs around $ 3,94,772.65.

It is clear from this car in Dubai King’s cars collection that he is a fan or likes to drive Mercedes SUVs. Dubai king car collection includes Mercedes G550. It has a seating capacity of 5. The Mercedes G550 comes in 8 cylinders 4.0 lit. V8 Biturbo engine producing 416 BHP along with 9-speed automatic transmission. It accelerates 0-60 kmph in 5.6 Seconds. The top speed of the car is 130 kmph. It costs around $ 131,750. The king owns 3 such cars.

Dubai king car collection also includes Mercedes G650 which may look similar to AMG G63 is different from it in many aspects. It is a limited edition which is limited to 99 units only on from which is owned by the Dubai king Sheikh Mohammed bin Rashid al-Maktoum. It has a seating capacity of 4. The Mercedes G650 comes in 8 cylinders 6.0 lit. V12 petrol engine producing 621 BHP along with automatic transmission. It costs around $ 13,06,490.32.The king owns 2 such cars.

Dubai king car collection is such massive that, if decides to travel to one vehicle of his collection, the same vehicles will take repeat after more than a couple of months. One of the attractions of his collection is the Buggati Veyron Pegaso edition. It gives a power output of 1001 BHP and recorded the highest power of 1200 BHP. Pegaso was a Spanish coachbuilder that built a series of luxurious sports cars during the 1950s and worked closely with Ferrari and Alfa Romeo during this time. It costs around $ 1.2 million dollars.

Dubai king was the owner of the only made golden Rolls Royce Phantom. It is believed that 24-carat gold was used to build this car on special demand. The hood and front bumper were only changed and designed with gold to give different look to the vehicle. Rolls Royce Phantom color was maintained white remaining all other areas.

Koenigsegg CCXR is one of the expensive cars made in history. Powered by 4.8-liter twin-supercharged V8 the CCXR Trevita is limited to only 2 units. Thus making it exclusive and priced for USD 4.8 million. It can do 0-100 km/h in just 2.9 seconds.

You can read about the Most Expensive Cars Ever Made In The World Top 10 List.

Rolls Royce Phantom Drophead Coupe is a super luxury car made by Rolls-Royce. In spite of being a 2 seater coupe, it spans over 6 meters. Rolls-Royce priced it for USD 12.8 million though there’s only one unit made. Dubai king owned 12 or more such cars.

Devel Sixteen was said to be able to churn out an eye-popping 5000 hp from a quad-turbo V16 engine with a top speed that would exceed 300 mph (480 km/h). Production cars that broke the 1000 hp barrier have only recently come into being, so the Devel Sixteen seemed far ahead of its time. Priced at $ 1.8 million.

Sheikh Mohammed bin Rashid al-Maktoum Car Collection can change daily or every hour who knows !!!. After all, he is the King of Dubai, and he is the respected personality in the world there are so many secrets to keep. So this all car collection information is totally based on free sources available on the internet. He may own more than these cars and different than these cars brands.