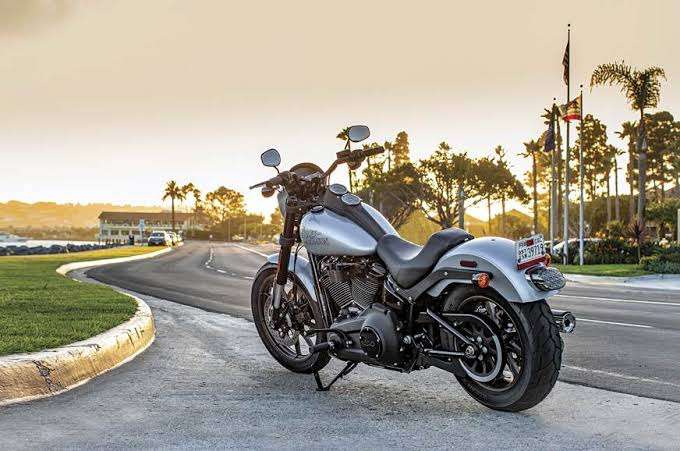 Some of the largest touring bikes may be too big and scary for new motorcycle riders. That does not, however, preclude novice riders from purchasing a touring bike or setting off on a lengthy journey. Instead, they must advance to those enormous touring bikes. With a smaller, lighter, and lower-powered starting point, they may hone their abilities and build confidence. They can then upgrade to a bigger, more powerful motorcycle when they’re ready. These 5 bikes are ideal for beginners as they provide just the right amount of comfort, power, and storage.

This compact cruiser-style touring bike is powered by a Thunder Stroke 116 engine. You can plainly notice the cruiser influences in the overall appearance and design. So what distinguishes it as a touring bike? Indian, though, added a few features. The bike has a four-inch touchscreen display that serves as the speedometer, tachometer, infotainment system, Ride Command system, and navigational aids in addition to the big pipes and hefty front tyre. This motorbike has the typical touring accessories from Indian, like floorboards, waterproof saddlebags, and a quick-release windscreen, which lends some credence to its status as a touring bike.

The gorgeous Harley-Davidson Heritage Classic touring bike avoids the stereotypical “touring bike” look. Instead, it resembles a larger cruiser in appearance. This bike is best if you only seldom intend to go big distances. Remove the windshield, saddlebags, and floorboards in their entirety. You are left with a sleek bike that is ideal for commuting throughout the city. Alternately, load the bike up to feel secure and at ease on lengthy trips. The Milwaukee-Eight 114 engine has one of Harley-less Davidson’s powerful engines, yet it still has enough power for secure highway driving.

You are prepared to embark on your first adventure touring ride with this bike. Due to KTM’s expertise in dual sport and off-road riding, the 390 Adventure is the ideal bike for a beginner who wants to try it all. The bike is exceptionally strong and suitable for any planned ride. Additionally, it includes numerous road-ready safety features like traction control and ABS brakes. Although the bike may appear little, it has a powerful engine. You ought to have no trouble keeping up with traffic on the highway as a result. One thing to keep in mind is that the suspension on these motorcycles is stiffer than that on other bikes, which might make for a rougher ride.

Both novice and expert riders will enjoy riding the Suzuki V-Strom 650 adventure touring bike. It’s ideal for riding on both the road and the dirt because to its tall posture and big wheels. For beginners, the 650cc parallel-twin engine provides just the appropriate amount of power. However, the V-Strom weighs more than bikes of a same size. This bike is a fantastic option because Suzuki is recognised for making dependable bikes. Although a 250cc version is available, it won’t function as well on the highway because it lacks the essential power. For plenty of storage space for your longer travels, add the cargo boxes to your bike.

The Milwaukee-Eight 117, Harley’s most potent engine, is equipped with this compact touring bike. Because of this, the Low Rider is sporty, enjoyable to ride, and a decent step up from a cruiser or sport bike into the realm of touring motorcycles. The bike has a single seat and small clamshell luggage, as you may have noticed. The amount of belongings you can bring with you is thus limited. However, there is enough room for a single rider who leads a simple life. Additionally, the style is a little more daring and hipster-like than what you would expect from a touring bike. The ability to ride it throughout town, across the state, or across the country results from this.