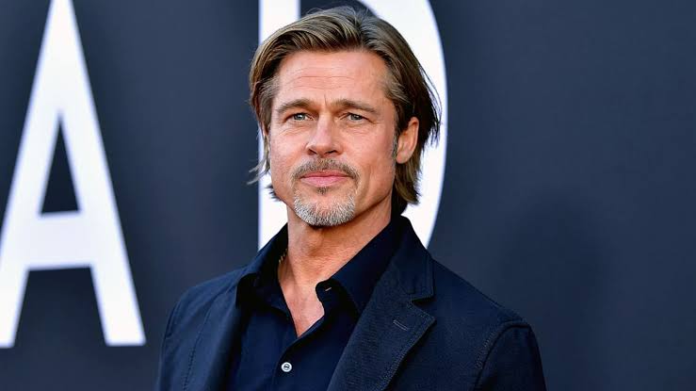 William Bradley Pitt is an American actor and film producer. Pitt was born on December 18, 1963, in Shawnee, Oklahoma, to William Alvin Pitt, the proprietor of a trucking company, and Jane Etta, a school counselor. He’s one of the most famous and recognisable men, thanks to his long and highly successful Hollywood career.

Pitt’s acting career began in 1987, with uncredited parts in the films No Way Out (1987), No man’s Land (1987) and Less Than Zero (1987). Brad Pitt is a typical celebrity when it comes to wanting to protect his privacy – which isn’t always easy when you’re running around town in a car.

According to Celebrity Net Worth, Pitt is currently worth $300 million. He has received multiple awards, including two Golden Globe Awards and an Academy Award for his acting, in addition to another Academy Award, another Golden Globe Award and a Primetime Emmy Award as a producer under his production company, Plan B Entertainment. Brad is one of the most-famous and highest-paid entertainers in the world, consistently earning a minimum of $20 million for major motion picture releases. And like any self-respecting superstar, Brad has got some nice vehicles, lets take a deep look at it.

The Chevy Tahoe is a Full-size 9 Seater SUV which runs on a 4.8 L V8 Engine. The vehicle comes with numerous luxurious features and is a celebrity favourite car. The powerful engine can generate upto 295bhp of horsepower at 5600 rpm and 305 lbft of torque at 4800 rpm. It also gains some of other features like Three zone air conditioning, dual illuminating vanity mirrors, remote keyless power door locks, etc.

The Aston Martin Vanquish Carbon Edition is the perfect combination of a high-performance sports car and luxury. Back in 2015 Angelina Jolie bought her husband a $300,000 Aston Martin Vanquish – Carbon Edition as a thank you for supporting her through a recent surgery and other scares. The vehicles heart is a 6.0 L V12 Engine, which can produce 567 Bhp and 465lbft of horsepower and torque. It can gain a top speed of 201mph and can whip from 0 to 100kmph in just 3.6 seconds.

Back before Brad Pitt got a Tesla, the BMW Hydrogen 7 was probably the most luxurious eco-car Brad could find. The Brand made a limited number of Hydrogen 7s for use by celebrities and higher-up officials. The BMW’s twelve-cylinder 6.0-litre gasoline engine featuring valvetronic engine can generate a maximum output 191 kW/260 hp, peak torque 390 Newton-metres and 287 lb-ft at 4,300 rpm. It can accelerate from 0 to 100kmph in 9.5 secs with a top speed 230 kmph.

The star of chevrolet performance lineup, the 6.2L LTI V8 engine can generate 455bhp of horsepower and 455 lbft of torque. The vehicle can attain a top speed of 290 kmph and can whip from 0 to 100 in just 4.0 seconds. One thing is for sure, with a 400 horsepower LS3 V8 under the hood, there should be more than enough power for driving in the LA traffic.

With its whisper-quiet interior and luxurious ride quality, the LS 460 is all about pampering you and your passengers to an optimum degree of comfort and refinement. The premium 4.6 L unleaded V8 engine can generate upto 360bhp of horsepower at 6400 rpm and 347Nm at 4100 rpm. The vehicle can reach upto a top speed of 250kmph and can accelerate from 0 to 100 kmph in 5.7 seconds.

The 5 seater SUV is a line of SUVs manufactured and marketed by JEEP. With 286hp, the naturally aspirated 3.6 L gasoline engine can generate a top speed of 128mph and can whip from 0 to 100 kmph in 8.3 seconds. There are rumors going around the internet that he actually kept this car, but we honestly don’t know for sure.

With the longest range and quickest acceleration of any electric vehicle in production. Model S Plaid is the highest performing sedan ever made by TESLA. The electric vehicle works on 2 motors mainly one in front and one in rear. The vehicle produces 825bhp of horsepower with the help of 90kWh lithium ion battery. The vehicle can gain a top speed of 249kmph and whip from 0 to 100kmph in just 3.2 secs.