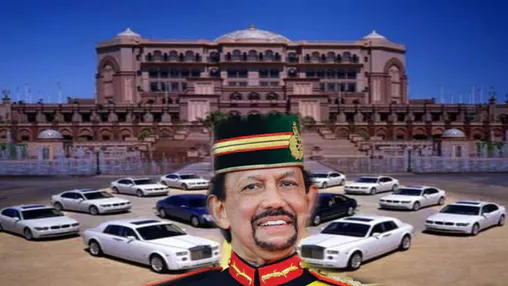 Car collection is an expensive hobby to have, only the richest could have it. There are many big car collections that have unique cars in them. To be mentioned car collectors like Jay Leno, Paul Walker, Jerry Seinfeld also have a massive car collection worth millions of dollars. But this is a car collection of the Sultan of Brunei, Hassanal Bolkiah. He has a net worth of over $28 Billion. The reports say that there are over 7000 cars in his collection.

The first car on the top of Sultan’s car collection is the F40 which of only 1000 cars were ever made. The initial price for this car is $400,000 and the price went over $1 million USD. This was a difficult car to get hands-on it but Sultan had bought many of the units.

This was a concept car from BWM made in 1991 with a V12 engine, 299 horsepower. This was a concept only so was not available in the market but the Sultan wanted one. Today this car is worth over $1.1 to $3 million USD.

This wasn’t a car that looked like a Lamborghini if we consider Lambo signature line design. This car was made from 1972-1979 and only 791 units were ever made, makes it an exclusive due to its rarity. These cars are mostly painted in the signature yellow but Sultan had it in grey.

Another concept car in Sultans car collection is Ferrari Mythos. This car is not for sale to the public but the Sultan owns two of these. With a top speed of 108mph and it’s just priceless to buy one of these.

The Sultan’s most iconic ride of the collection is the Rolls-Royce Phantom-II. The car was the ride of choice for his wedding day, he covered the car with gold that added up to a price tag up to $14 million USD.